‘General Hospital’ Spoilers: When Tyler Christopher Returns, Is There Hope For An Ava And Nikolas Romance? 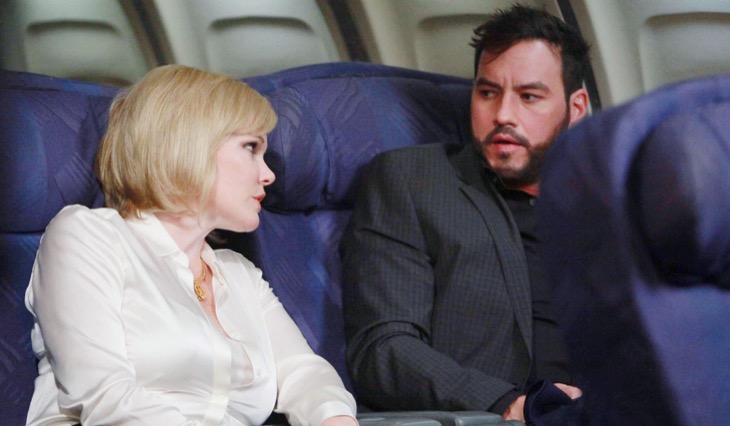 We recently saw on General Hospital Ava Jerome (Maura West) opening up to Laura Spencer (Genie Francis) about Nikolas Cassadine’s (Tyler Christopher) supposed death. It was very obvious that she had grown fond of Nikolas and now that we know Tyler Christopher is returning in September, do you think they will be a romance between the two?

According to ABC Soaps In Depth magazine “While Maura West and Tyler Christopher had only shot a few scenes together before he was temporarily recast, we saw great potential between them. Clearly, given how fondly Ava reflected on the Prince’s latest supposed passing, it’s apparent that the writers saw it, too.”

You Might Also Like —> Could Nelle be Carly’s long-lost daughter – Michael’s Twin-Sister – Nelle in PC for Revenge?

Are you excited to see if Nikolas and Ava will pick up where they left off? They would definitely be a interesting couple since the two act very much alike. It’s gonna be really fun to see how the other women in his life react. I think it’s safe to say that Elizabeth (Rebecca Herbst) will probably be as about supportive of their relationship as she was with Nikolas and Hayden’s (Rebecca Budig).

GH fans would you  like to see Nikolas return and kick Hayden out of his house and move on with Ava? Ava doesn’t always play fair so if Hayden tried to make trouble then she has definitely met her match when it comes to Ava Jerome.

It is also very possible that Nikolas and Ava could become the next power couple on GH. Port Charles better look out cause those two will take on anyone not caring what laws they are breaking. Would you like to see them become the next power couple and give everyone a run for their money? It would definitely be a very interesting storyline to pair these two up and let them take on whatever comes their way.

So GH fans do you think it would be a great pairing or would you like to see him with someone else? Stay tuned to ABC’s General Hospital to see what happens when Tyler Christopher returns.

‘General Hospital’ Spoilers Week Of August 29 – Sept 2: The Power Goes Out – Killer Strikes Again – Alexis Spirals – An Arrest is Made!