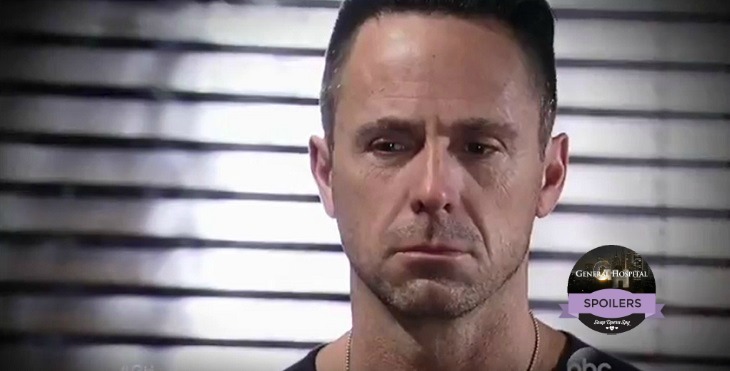 ‘General Hospital’ spoilers tease that secrets will be exposed, lovers will reconnect and another romance is in jeopardy of ending forever. In a promo video for ‘GH’ viewers are told to get ready for some summer shockers!

What does Sonny Corinthos [Maurice Bernard] have planned for Julian Jerome [William deVry] and Alexis Davis [Nancy Lee Grahn]? “Everyone knows you’re a killer,” Sonny taunts Julian. Has Julian ever felt this cornered?

The video spoiler indicates that something horrible is going to happen between Julian and Alexis. What that is ‘GH’ viewers will just need to wait and see. As Julian quietly slips in on Alexis taking a bubble bath she says, “I didn’t hear you come in.”

There is a look of pure hatred on Julian’s face as he approaches his wife. What did Sonny tell Julian that would cause the mobster/art dealer to be this angry with Alexis?

While Alexis and Julian’s relationship may be turning deadly, Kiki Jerome [ Hayley Erin] and Morgan Corinthos [Bryan Craig] appear to be rekindling their romance.

What’s on Morgan’s mind after ruining Kiki and Dillon Quartermaine’s [Robert Palmer Walker] first date? After all Kiki and Morgan have had their good times and their bad times. Is the couple headed back to the good times again?

Will Sonny expose that Julian let Alexis be arrested for murdering Carlos [Jeffrey Vincent Parise]? Is Alexis going to flip on Julian and has he found out? Julian did devise a plan to keep both he and Alexis out of jail. Alexis refused and instead retained the services of Diane Miller [Carolyn Hennessey]. What did Alexis tell Diane that may have infuriated Julian enough to hurt Alexis?

Stay tuned ‘General Hospital’ fans because the video promo promises this will be one crazy week in Port Charles.

Share your thoughts in the Comments section below, on our Facebook Page,  join our Facebook Group or Head over to our Discussion Board to Talk Soaps Daily!
Continue Reading

‘The Young And The Restless’ News: Scott Elrod Announces Birth Of His Baby Boy Easton – See The Pic!