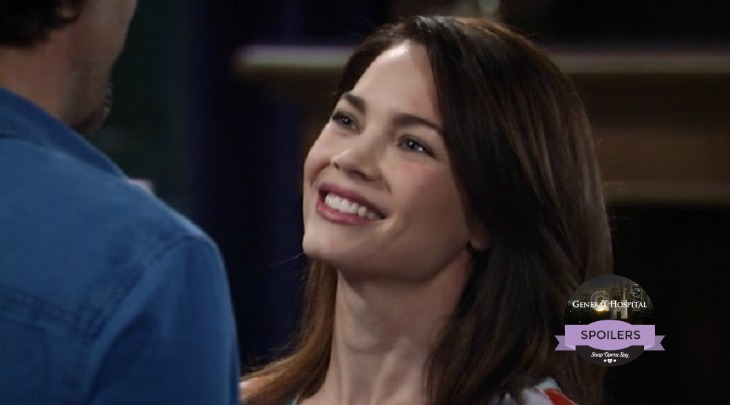 General Hospital (GH) spoilers reveal that things between Elizabeth Webber and Franco (Roger Howarth) are about to get a million times more complicated. According to Soap Opera Digest, the two frenemies will soon share an intimate moment!

Liz and Franco have had a complicated relationship since the return of Jake (Hudson West). As much as Franco’s history makes him public enemy number one, Liz can’t overlook the fact that Franco is so kind to Jake. Also, Liz doesn’t exactly have friends lining up and Franco has been available defend her number of times.

It seems that after all of his attempts to get Liz to acknowledge his friendship, Liz finally lets her guard down enough for them to kiss, almost on accident. Apparently, Franco will soon go to Liz to get advice regarding his relationship issues with Nina (Michelle Strafford).

According to the magazine, Nina is having trouble fully letting go of Franco. She confronts him with the idea that the two continue their sexual relationship despite their breakup. Franco will seek out Liz for advice and the conversation leads to a kiss. The moment is something that catches them both by surprise.

Related: Maxie And Griffin Get Closer – Sonny Tries To Save Alexis – Franco Gets An Enticing Offer – Hayden Helps Finn

In an interview with Roger Howarth, he reveals how he is approaching the new relationship:

“Every time there’s a different pairing, this sounds kind of weird, but it’s like Franco gets a new pair of shoes. And right now, with Liz, Franco is wearing high-tops. That’s how I’m approaching this particular pairing, like it’s spring, it’s eighth grade, and he wants to ask her out for pizza. It’s got a light touch to it, which I think is very sweet. That’s what I’m hoping [Rebecca Herbst and I] are showing and that the writers tap into.”

It seems there may be a very sweet courtship in the works. Is this kiss a sure fire sign that Franco and Liz will become an item? How will Nina and Jason (Billy Miller) react to the news, if gossip gets around town about the smooch? Comment below and let us know! Also, come back to Soap Opera Spy every day for more ‘General Hospital’ spoilers plus interviews, news and more.

‘The Bold And The Beautiful’ Spoilers: Liam Rejected By Steffy, She’s Staying With Wyatt – What’s Next For Heartbroken Liam?

‘The Young And The Restless’ Weekly Spoilers June 20-24: Victor Works With Mystery Woman To Bring Down Adam – Hilary Seeks Final Revenge On Neil, Devon And Lily