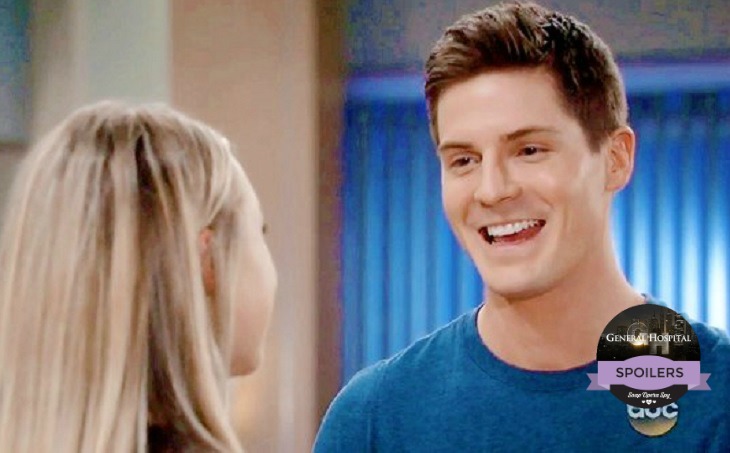 “General Hospital” (GH) spoilers are dishing on the upcoming first date of Dillon Quartermaine (Robert Palmer Watkins) and Kiki Jerome (Hayley Erin). According to Soaps in Depth, after their performance at the Nurses Ball, the two became a highly anticipated couple.

Watkins, who has portrayed Dillon since last year, is thrilled about the pairing, stating, “Since that very first, very short Kiki/Dillon scene aired, people have gone nuts. It’s so cool!” Apparently the to-be couple was even trending on Twitter, #Killon after the performance.

Related: Maxie And Griffin Get Closer – Sonny Tries To Save Alexis – Franco Gets An Enticing Offer – Hayden Helps Finn

Watkins continues with the enthusiasm by putting his stamp of approval on the Kiki/Dillon pairing. He notes both characters are single, and both try to do the right thing but seem always to fall into everyone else’s drama. It may be time for these nice guys to have a chance at love.

Clearly, there is no lack of drama when it comes to Kiki and her ex-boyfriend Morgan Corinthos (Bryan Craig) after all Morgan did cheat on her with her mom multiple times. Also, Dillon has had his own recent women problems when he outed Dante Falconeri (Dominic Zamprogna) for cheating on his wife Lulu Spencer (Emme Rylan).

With rough waters in the love department, both Dillon and Kiki are due for some peace, but it looks like it won’t necessary be all smooth sailing. ‘GH‘ spoilers tease that Morgan is set to be released from the hospital and is compelled to go directly to Kiki after realizing she is the one for him. What he finds, however, shows him he may have some competition. He will most certainly regret pushing Kiki away and right into the arms of someone else.

Do you think Morgan will fight for Kiki? Also, how far will Dillon go to save a relationship that hasn’t even started? Share your comments below. Also, come back to Soap Opera Spy every day for more ‘General Hospital’ spoilers plus interviews, news and more.