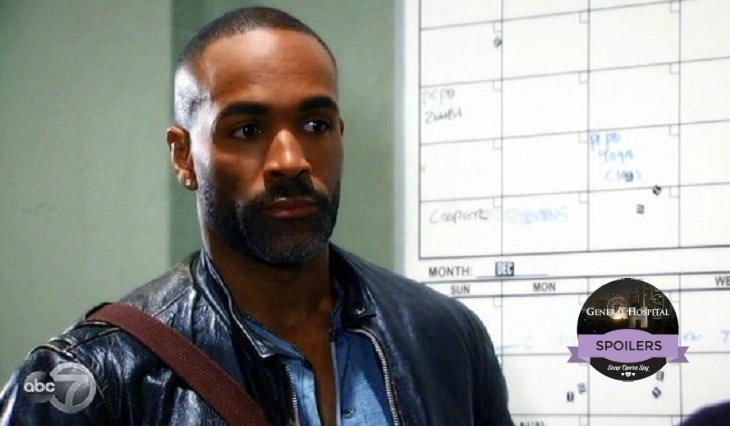 ‘General Hospital’ introduced Donnell Turner in the role of Curtis Ashford some months ago and since his debut, he’s had some interesting screen partners. From holding Jordan’s [Vinessa Antoine] secret to shaking up things with Hayden [Rebecca Budig], Curtis remains a key character to keep a keen eye on.

Though Curtis expressed interesting in working for the PCPD, we all know it’s going to be hard getting on board especially with Jordan as his boss. Nonetheless, he possesses excellent investigative skills, just like another P.I. we know in Port Charles, and that’s none other than Sam Morgan [Kelly Monaco].

Curtis sometime manages to get one step ahead of the cops, which proves he’s very reliable. And, though his love life is on point with Valerie Spencer [Brytni Sarpy], who works for the PCPD, there’s a lot coming his way teased the actor to Soap In Depths. According to him, Curtis will be “stepping into all different storylines, putting out fires, and then moving on – like incredible hulk”.

The actor went on to mention that his character is not really in Hayden’s life anymore and possibly will be out of Nina’s [Michelle Stafford] soon which means he will have to find something else to do. He apparently loves the way his character is being written, he tells SID “If they keep Curtis that dude, I’ll be happy. I’m enjoying working with more people. I can’t wait to share the screen with Maurice Benard [Sonny], and I screen tested with Finola Hughes [Anna], so I really can’t wait for Curtis to work with Anna.”

Several fans think Curtis would make a lovely Police Commissioner and the actor agrees, but this would only make things worse between him and Jordan. The actor however is more intrigued with the idea of working with Sam. He is aware of fans talking about the connection the two could share and that fans have already began creating pictures with them.

Though he’s not sure if this will happen he knows for a fact that some interesting story is on the way for him. “I was told by the writers – as they giggled! Something exciting’s coming, then they whispered to each other, looked at me and giggled some more. I can’t wait to see where Curtis goes next,” he highlighted.

So what do you think ‘General Hospital’ fans, could Sam and Curtis make a great P.I team?

‘Days Of Our Lives’ Exclusive Interview: Patsy Pease Dishes On Kim Donovan’s Return To ‘DOOL,’ The Bay,’ And Her New Book!