‘General Hospital’ RUMOR: Did Alexis Black Out And Kill Tom? 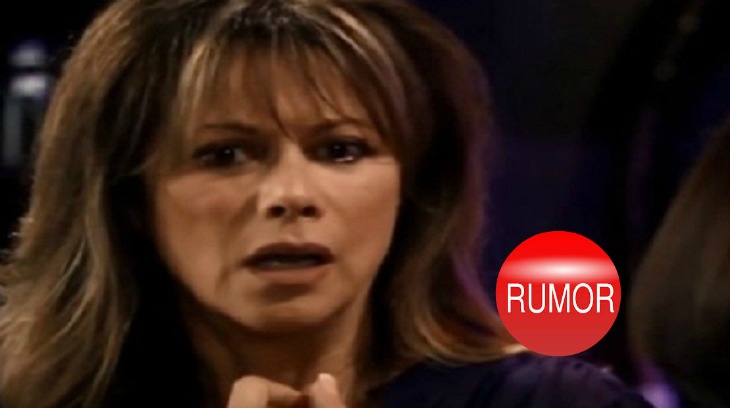 ‘General Hospital’ spoilers tease that soon Tom’s (Don Harvey) killer will soon be revealed. Many internet sources are speculating that Alexis Davis (Nancy L Grahn) may be the one who killed Tom but may have been drunk and suffered yet another blackout when the murder took place.

GH viewers have seen the downward spiral that Alexis has been in for quite some time now.

Is it possible that Tom attacked Alexis after he escaped from Franco’s dog crate and she possibly murdered him in self-defense using the knife that Tom stole from Franco’s studio, which would explain why they assume Franco committed the crime.

Just as Alexis hit Julian Jerome (William DeVry) and left the scene, could Alexis have killed Tom and not remember doing it? Spoilers are teasing fans that Alexis will begin to remember bits and pieces from the night Tom was knifed and murdered.

An insider from Twitter stated that on January 5th, Franco (Roger Howarth), who is now being accused of Tom’s murder, will go on a hunt to find who the real killer is. Franco will come across Alexis and when she finds out about Tom’s murder, her behavior is—well, let’s just say– quite odd and Franco begins to get suspicious and puts the pieces together.

Just how far will Franco go to prove his innocence? Perhaps, Julian will try to win Alexis back by helping her cover up yet another crime and Franco will try to prove his innocence by exposing who the real killer is. Could Franco discover that Alexis is the killer, or could the killer be someone else—perhaps Kiki (Hayley Erin)? Anything is possible. Stay tuned—the story is just getting started!

‘The Young and the Restless’ Spoilers: Nick Handling Multiple Situations – He’s Not The Bad Guy This Time