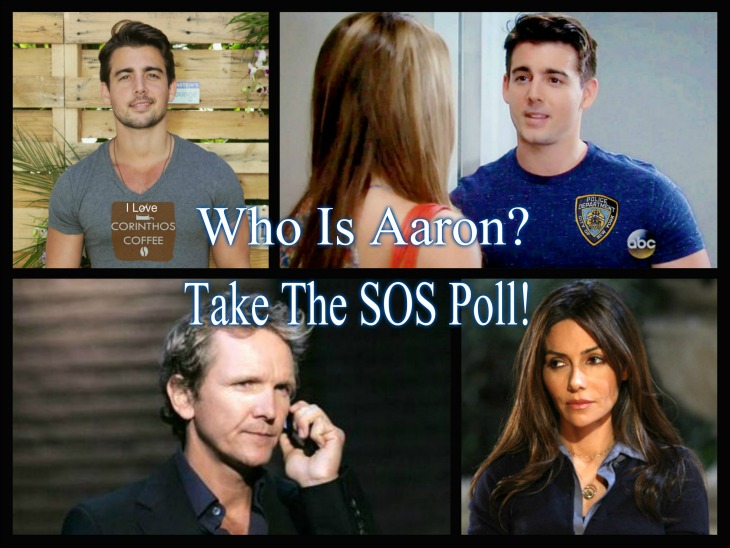 General Hospital’s newest character, aspiring chef Aaron Roland (John DeLuca) is a bit of an enigma. First introduced during a visit to a friend at the Freedman Clinic, he happened to bump into Kristina (Lexi Ainsworth) who was visiting her brother Morgan (Bryan Craig) during his stay there. Lo and behold, the two hit it off, began dating and are now partners in a coffee concession funded by none other than that “coffee king” himself, Sonny (Maurice Benard).

Aaron passed muster with the Port Charles kingpin so he has that in his corner. And, despite her conflicted feelings for Parker (Ashley Jones), Kristina has romantic feelings for Aaron as well and thoroughly enjoys his company. All this seems too good to be true, and you know what the common wisdom is about that. So, it comes down to this: Who really is Aaron, and is that even his real name? Seems he just popped up out of nowhere, and his romance with Kristina is heating up fast.

What do you think, General Hospital fans? Rumors have been flying that he could be anyone from an undercover cop to even Brenda Barrett’s son, whose name is Alec. We last heard about Alec several years ago during the Balkan storyline, so that would be quite the twist. Not to mention the fact that the writers would have had to have SORAS’ed him to Aaron’s current age, as Alec was a toddler when we last saw him. Many factors play into this.

How will Aaron react when he finds out that Kristina’s crush on her former female professor Parker – whose name he heard her utter in her sleep, no less – hasn’t exactly gone away? If Aaron isn’t who he says he is, then what’s his agenda by keeping his real identity secret? And, finally, how will Krissy’s formidable dad Sonny react if and when he finds out that his daughter’s new squeeze isn’t who he appears to be? Let’s just say the safe answer to that is – not well!

General Hospital fans, who is Aaron? Vote below in our poll!