‘General Hospital’ POLL – Which Do You Prefer GH Michael Easton With Short Hair Or Long? Vote! 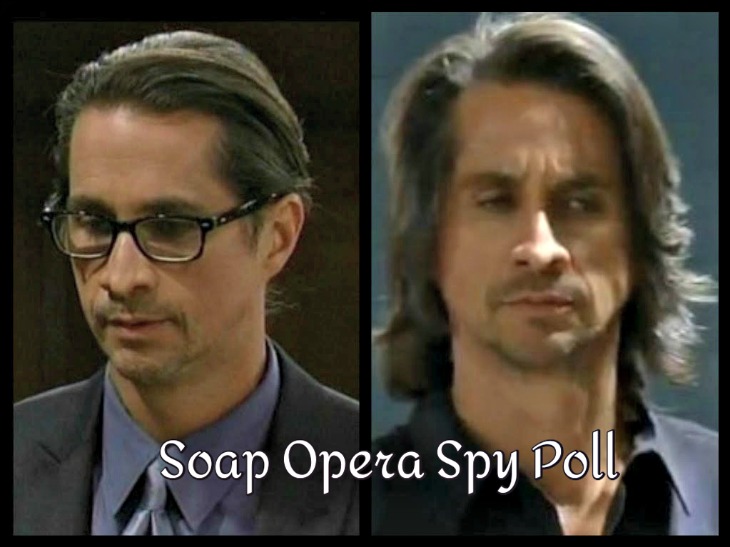 “General Hospital” fans got their first look at Michael Easton’s new character Dr. Hamilton Finn on Monday, March 21. Liz Webber [Rebecca Herbst] came in contact with the handsome and familiar looking doctor. The face is the same, but the hair is a bit different. Dr. Finn’s hair is shorter than the long locks of Silas Clay. Which do you prefer?

Silas Clay was a bit of a dark, brooding, introspective man. Though he was handsome, he managed to get Sam Morgan [Kelly Monaco] to almost forget Jason Morgan [Billy Miller] and fall in love with him, Silas wasn’t one to care about fashion or grooming. That was Dr. Patrick Drake’s department!

With Patrick off to California with Robin Scorpio [Kimberly McCullough] and Emma Drake [Brooklyn Rae Silzer] are TPTB going to ramp up the handsome and sexy with Dr. Finn?

Do you prefer Finn’s shorter hair to Silas’s longer hair? Which one is sexier? Remember when Michael first came to “GH” a Detective John McBain – a character he brought from the cancelled “One Life to Live”? Many fans seemed to prefer him with that look.

Michael seems to fit well into the dark almost gothic look. “GH” fans who watched the spinoff soap opera “Port Charles: Nightshift” may remember the daytime drama’s storylines turned to those of forbidden love, vampires and life after death. That reminded many viewers of an earlier serial by the name of Dark Shadows.

Now that you’ve had a bit to compare it to, which hairstyle do you prefer for Michael Easton as Dr. Finn Hamilton? Do you like the new shorter look? Would you like Dr. Finn’s hair to be even shorter? Or are you a fan of Michael’s longer locks and hope that TPTB at “General Hospital” will let them grow out?

‘The Young and the Restless’ News: Tracey Bregman to Launch New Jewelry Line