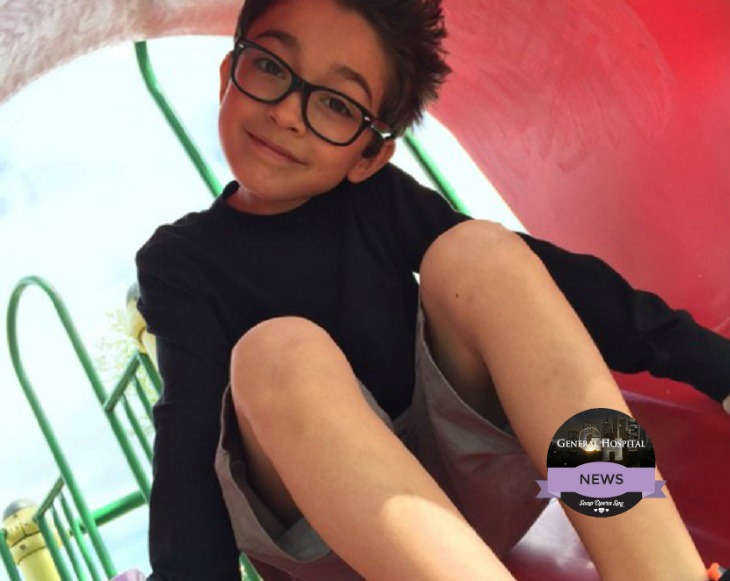 Nicolas Bechtel has been busy filming scenes for ‘Stuck in the Middle’, and his character Spencer Cassadine has remained absent from the ‘General Hospital‘ canvas. Though he’s been quite busy, he tweeted on April 26, announcing his GH return. Bechtel shared, “We may be having supper soon @rebeccabudig.”  Of course, he was referring to his on-screen step-mother Hayden.

After he spent some time sharing photos of him on the GH set and teasing fans he finally made the official announcement today. He shared a photo of the new script he received. According to the script, Bechtel will air as Spencer Cassadine on June 1 and June 2 on ABC’s ‘General Hospital.’

During his absence Bechtel’s co-star Rebecca Budig (Hayden) shared a few tweets highlighting how much she missed him. Now she doesn’t have to, she was very happy to hear of his return. Since he broke the news today, he posted a picture of him on his first day back on set. Bechtel is scheduled to tape his new scenes on May 5.

Spencer’s return is well needed. Considering all the things that transpired between his father Nikolas (Tyler Christopher) and Hayden, his reaction to the situation is very anticipated. With the truth truth of Hayden’s identity, her scheme to grab ELQ, her blackmailing his father, what will he do? What exactly will Spencer think of Hayden when he learns the whole sordid truth? Would he take her side and advise his father to continue his marriage to her?

Related: Who Is New Jason Better With – Liz or Sam? VOTE!

What about his love life that was left in such a bad shape? Since Emma (Brooklyn Rae Silzer) has left town with her parents, will Spencer find somebody new? Will the rivalry between him and Cameron (Michael Leone) be reignited? So GH fans, are you happy that Spener is back? How long are you hoping he stays for? What would you like to see next for him?

‘The Young And The Restless’ News: Sofia Pernas Returns To ‘Y&R,’ Marisa And Noah Back In Genoa City