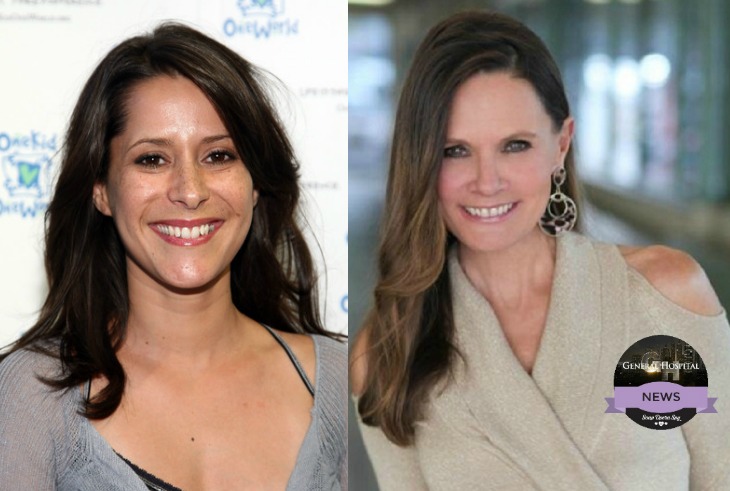 Gear up ‘General Hospital’ fans as the time for the Nurses Ball fast approaches we will get to see a lot of familiar faces back in Port Charles for the event. The Nurses’ Ball usually has great line up and it looks like the lineup will include the return of Kimberly McCullough (Robin Scorpio) and Lynn Herring. (Lucy Coe)  These two are a major part of the Ball’s history so we would expect nothing less.

The Nurses’ Ball which kicks off in full force on May 24 and running for approximately 3 episodes will include Lucy Coe and Dr. Robin Scorpio Drake as reported by Daytime Confidential. Robin was last seen early this year when she re-married Patrick (Jason Thompson) and shipped off with him and her daughter Emma (Brooklyn Rae Silzer) to another island. Several fans were wondering if she would be back for the event since she recently left the canvas but she will and this time without her hubby Patrick. Patrick’s portrayer Jason Thompson.  Jason is busy on ‘The Young and the Restless’ as the infamous Billy Abbott.

Also a number of fans were worried and wondered if Lucy Coe would pop up and be a part of the planning for the Ball as usual. Especially with Herring sharing how displeased she was about being put on the back burner without a strong storyline. But according to Daytime Confidential fans can expect to see Lucy Coe probably back for more than just the usual festivities. Jamey Giddens in his post shared that he is privy to information that “Herring will be back for more than just Ball-related activities.”

With such an amazing lineup of fan favorite returns, what are your thoughts on this GH fans? Are you happy about McCullough’s and Herring’s return even if it is just for the event?

‘The Young And The Restless’ News: Eric Braeden Sounds Off On Chancellor Mansion Remodel – Not Happy With New ‘Y&R’ Set