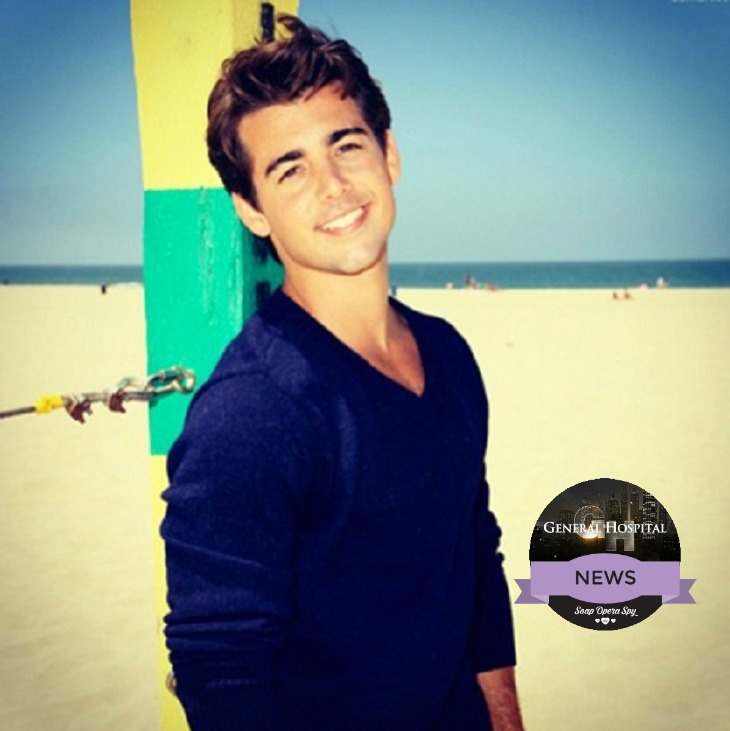 latest casting news for today highlights that ‘General Hospital’ is acquiring all the hottest hunks, the latest being John DeLuca. Soap Opera Digest is reporting that the sexy hunk has joined the cast of GH in the role of Aaron, one which will debut on April 26.

DeLuca, also known as Johnny DeLuca, is quite a charm to look at.  If you haven’t viewed his Twitter profile yet, you should. You can follow him on Twitter with his twitter handle @johnny_deluca.  DeLuca is an American actor and singer and he has been active since 2009.

In his line of work so far, he has released 2 musical albums consisting of several tracks. The two albums were soundtracks for Teen Beach Movie and Teen Beach 2 on the Walt Disney Label. For this he received a nomination in the Teen Choice awards back in 2015 for the category of Choice Music: Song From A Movie or TV Show.

A part from doing music, his movie career includes roles such as Colin on  Teen Beach Movie and Teen Beach 2, Jeff on We Made This Movie, Party Goer on It Remains, Chet on Chalk It Up, Anthony on Staten Island Summer and Wade on All Hallow’s Eve. These are roles from 2012 to present; some of these films have not been released as of yet.

John’s television acting career included many guest appearances, cameo appearances, supporting, recurring and main roles. He guest appeared on Ugly Betty as Kevin, Tommy on Wizards of Waverly Place, Guy on The Secret Life of the American Teenager, Timmy on Jessie, and Zack on Instant Mom, while he played the supporting role of Brent on Lights Out and the recurring role of Cole on Twisted.

With such a great talent, General Hospital is indeed looking brighter. So GH Fans are you happy about this, what do you think of this hunk joining the cast?  Who do you think his character Aaron is – what brings him to Port Charles, could he be someone’s new love interest?

‘The Bold And The Beautiful’ Poll: Vote For Your Favorite ‘B&B’ Performer Week Of March 28-April 1