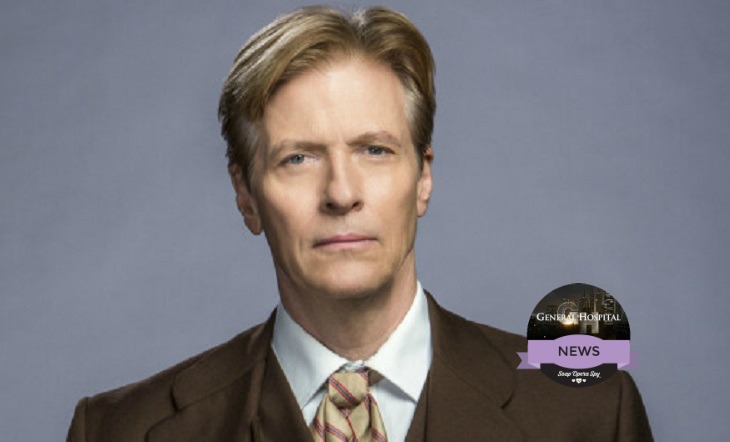 Former ‘General Hospital’ star Jack Wagner (Ex-Frisco Jones) will be making an appearance on Hallmark’s ‘Home and Family.’  The episode which is slated to air on Friday March 11 at 10 A.M will have Wagner discussing his role on When Calls the Heart. Just last month his ex-wife, Kristina Wagner (Felicia Scorpio, GH) stopped by Oprah Winphrey’s ‘Where Are They Now’ to discuss her role on the show and working with her ex-husband husband another time.

Related: Paul And Anna Plot Against Sonny – Hayden’s Past Catches Up With Her – Curtis and Jordan ‘s Secret Deal

When Calls The Heart is a TV series that airs on the Hallmark Channel. Currently the show is in its third season airing on Sundays at 9 P.M. The show is based on books by Janette Oke, an American best-selling author. In the show, Jack Wagner appears as Bill Avery. Wagner had the opportunity of playing alongside his ex-wife. Kristina Wagner played the role of Nora in just a handful of episodes, most recently in the episode that aired on February 21. Similarly to his ex-wife he will be discussing his role on the show and what it was like to work with her another time.

Wagner appeared on several daytime and nighttime soap operas, both past and present. Viewers will remember him on Melrose Place as Dr. Peter Burns, a role he played for approximately five years. Not only did he play Peter, but he also directed a couple episodes as well. Apart from that he played the role of Nick Marone on ‘The Bold and the Beautiful’ from 2003 – 2012. And to date his most popular role has been that of Frisco Jones on GH, where he appeared on an off. It is also his longest character run appearing on the show from 1983 -1988, 1989 – 1991, 1994 – 1995 and a brief return in 2013. Also Wagner is a recording artist, with his most recent album On the Porch released back in 2014.

So GH fans are you enjoying the two Wagners’ on When Calls the Heart? Are you missing Jack on GH?  Share your thoughts in the comments below and don’t forget to check Soap Opera Spy daily for news and updates on all of your favorite ‘General Hospital’ stars.