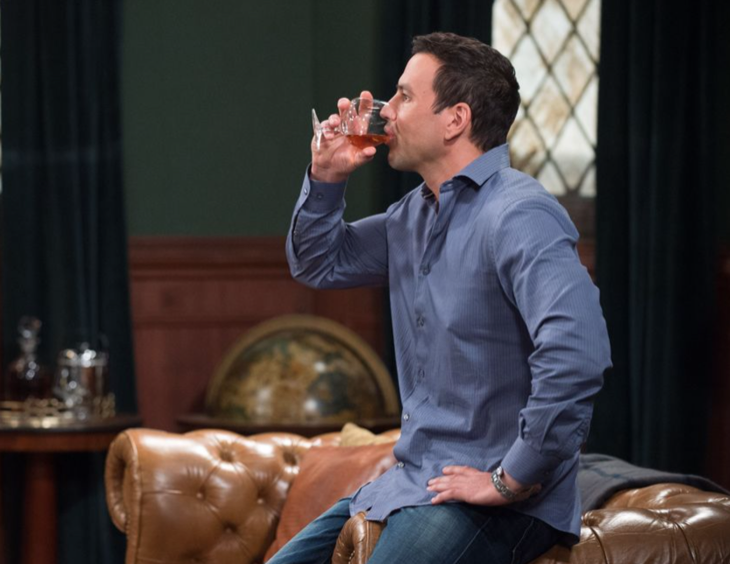 Tyler Christopher, the actor who has portrayed General Hospital’s Nikolas Cassadine on-and-off since 1996, revealed at last month’s General Hospital Fan Club Weekend, that he should be returning to work in September. In his absence, and for storyline purposes, GH had a short-term contract to replace him. Nick Stabile, did an amazing job as Nikolas, even though his portrayal was short-lived. He really intrigued fans when we saw sparks fly between Ava Jerome (Maura West) and Nikolas. His fall into the dark depths below on Cassadine Island in Greece, has left fans hanging and wondering if and when Nikolas would rise from the ashes.

Tyler Christopher revealed that he was in the middle of contract negotiations when he asked for some personal time. He adamantly denies that there was any ulterior motive for the request, other than he needed some time to relax and be with his wife, Brienne and their two children, 6-year-old son, Greysun, and 1-year-old daughter, Boheme.

“In twenty years, I’ve never taken a vacation, even though you are allowed to. I was getting overwhelmed. It’s a stressful place: the way we move is so fast, and still being able to perform, I’ve been doing it for so long. So this was my vacation – fixing my home up and playing with my kids,” Tyler told CBS Soaps In Depth. The 3-month break gave Tyler lots of bonding time with his children and his wife, which definitely recharged his batteries.

“I’m having a good summer, hanging out with the family. The kids enjoy seeing me home all day. My son’s out of school, so it’s just me and him, hanging out.” While loving his time off, Tyler is excited to return to General Hospital. He goes on to say that hopefully, September is when they will “fire it back up again”, but it’s going to be a bit weird to return after taking so much time off.

Tyler is just as curious as all the fans about how Nikolas and Ava are going to play out. He admits that he hasn’t heard anything, but has completely detached himself. He assumes that they are not going to change anything, but he could be totally wrong. Do you want to see General Hospital pursue the Nikolas and Ava storyline, and potentially watch the “birth” of what could be the most powerful couple in Port Charles?

Be sure to watch ABC’s General Hospital daily and check Soap Opera Spy often for updates, news and spoilers!

‘The Bold and The Beautiful’ News: Ivy Forrester Returns To B&B – More Trouble For Steffy?