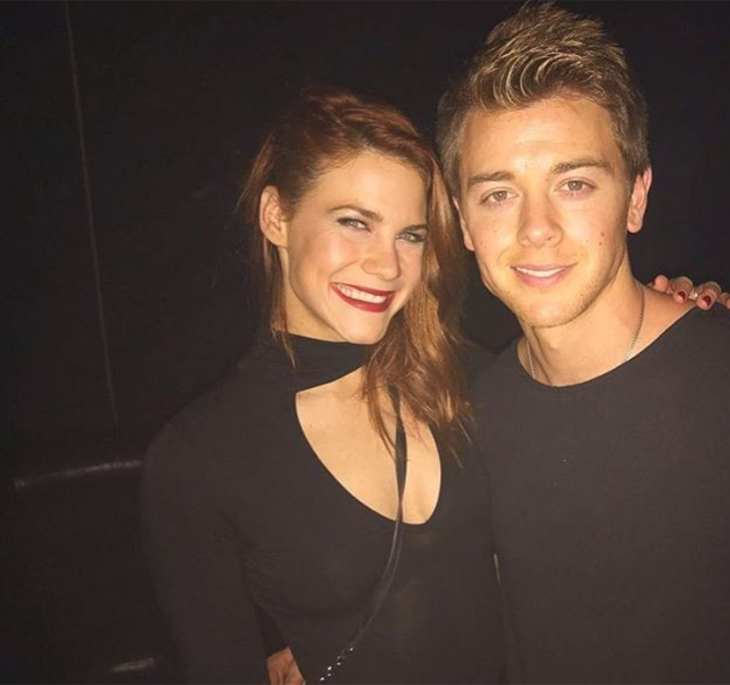 There is one photo posted to Courtney’s Instagram account and it dates about 11 months ago. Courtney wrote, “Rap game comin’ atcha” with the pic of the smiling couple.

Chad hasn’t been shy about professing his love for Courtney via social media. In one pic from about 7 months ago Chad and Courtney spent some time cooking together and the ‘GH’ actor shared an adorable pic and wrote, “Cookin’ with this pretty lady.”

Cookin with this pretty lady @courtneyyhopee

‘General Hospital’ co-star Kristen Alderson and Chad Duell dated for approximately two years. In October 2015, after moving to New York City to pursue other career opportunities, Kristen confirmed that she and Chad had broken up.

Chad and Courtney wished ‘General Hospital’ viewers a Happy Halloween and Chad posted a pic the couple in matching costumes. Fans loved the photo and commented the costumes were amazing, awesome and on point. “Really cool costumes!! You both look fantastic,” one fan enthusiastically commented.

Courtney Hope and Chad Duell look very happy and very much in love in the most recent photo the actor posted on Instagram. ‘Fun night out at @avalonhollywood with my love @courtneyhopee…she was looking hot good times!”

‘GH’ fans are happy for Chad Duell and Courtney Hope. Many wrote that they are a gorgeous and adorable couple and wished them much happiness.

There’s no news yet on if the Chad and Courtney are engaged. But Chad enjoys sharing photos of his life with Courtney on social media. If the couple does get engaged the announcement will probably come on Instagram.

‘The Bold and The Beautiful’ Spoilers: Quinn Feels Threatened, How Far Will She Go – Katie Trying To Drive A Wedge?

‘The Young and Restless’ Spoilers: Victoria Makes An Important Decision Regarding Her Future – Will She Stay With Travis?