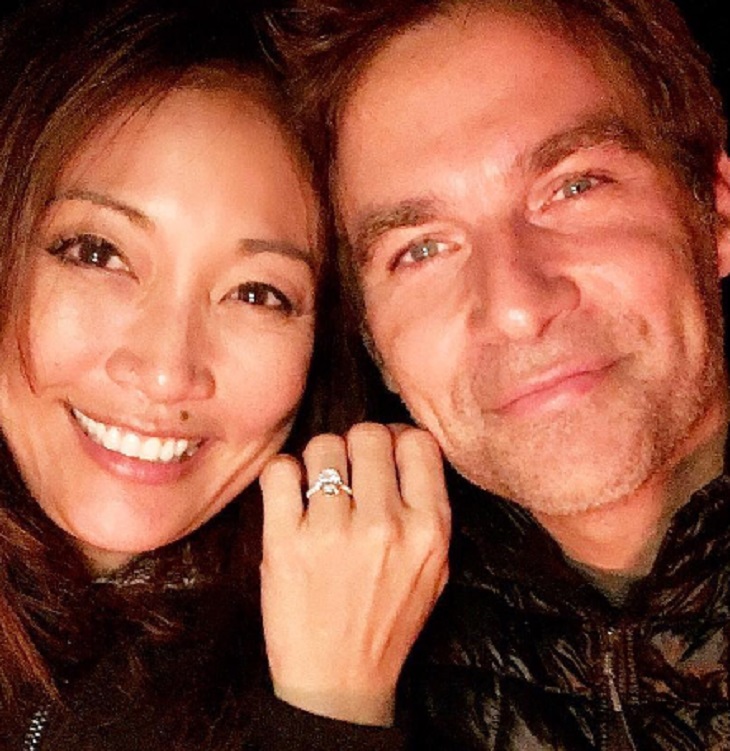 First, the great news! Robb announced his engagement to Carrie Ann on Instagram. The actor posted a photo of his fiancée wearing the sparkling diamond and wrote, “So overjoyed to share the best thing that has ever happened to me when @carrieanninaba made me the luckiest guy in the world in saying….yes. Thanks to @jeandousset for helping me to create the most unique, exquisite symbol of my love for Carrie.”

As if getting engaged to the ‘DWTS’ wasn’t enough great news, the former ‘General Hospital’ star has taped several episodes of ‘Days of Our Lives’ as Scooter Nelson, according to the actor’s IMDb page.

Robb announced via Instagram in September that he had been cast in the role of Scooter. ‘Days of Our Lives’ tapes approximately six months in advance and the first episode Robb will appear in is slated for March 30, 2017.

There is no information available at this time regarding Robb’s contract with the daytime drama. ‘Days of Our Lives’ spoilers reveal that fans will see Scooter in Salem at least through mid-April 2017.

Carrie Ann Inaba will be very busy planning a wedding and preparing for the next season of ‘Dancing with the Stars.’ Carrie Ann was previously engaged to Jesse Sloan from March 2011 until September 2012 when it was announced the couple had amicable called off their wedding.

Related: A GH Blast From The Past – Lila and Monica

‘Days of Our Lives’ spoilers indicate that Scooter Nelson is a handsome, eccentric, elitist math professor with a sex addiction. At the very least, it sounds as if Scooter will be a very interesting character and might cause some trouble in Salem.

So overjoyed to share the best thing that has ever happened to me when @carrieanninaba made me the luckiest guy in the world in saying….yes. Thanks to @jeandousset for helping me to create the most unique, exquisite symbol of my love for Carrie, and to @people for such a lovely article. #relentless #adventuresinlove #affianced http://people.com/celebrity/carrie-ann-inaba-robb-derringer-engaged-after-perfect-proposal/