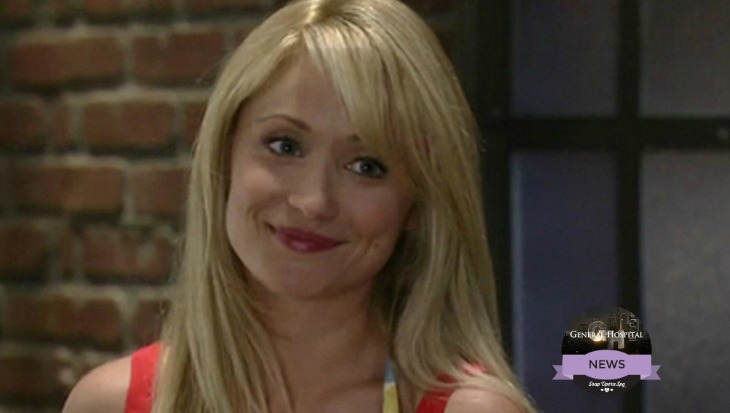 ‘General Hospital’ star Emme Rylan [Lulu Falconeri] is currently in recovery process after an injury. What started out as fun ended badly for the mom who damaged her nose. When you’re a mom of young boys it’s a risky job and it was so for Rylan who is in the process of recovering from a broken nose. Rylan took to Twitter to share “So it finally happened…The price of playing outside with my boys.. They broke my nose. #mylifewithboys #theyarebiggerthanme #needsurgery”.

Even though it could be the end result of playing outside with her kids, it is unfortunate that we do not know exactly what caused her accident. Although fans tend to believe it’s due to Don Money and her installing a swing in their back yard for their kids as she revealed on twitter, it is not certain. This is sad though that she has to be going through this, because recently her son Levi tumbled down the stairs in July. This current accident seems more serious, it is not as harmless as fans may think; Rylan’s tweet indicated that surgery may be needed.

There is no word on how things would go forward from here. ‘General Hospital’ executives have not spoken out yet as to what will happen with Rylan’s character due to the accident. It is possible that Rylan may need to take some off from the ABC daytime drama series to recover. It is also possible that her current accident could affect her character’s storyline, but in what way is yet to be revealed.

Related: Maura West Like You’ve Never Seen Her Before – Watch ‘GH’ Star Sing And Dance With Her Kids!

Lulu is jumping for joy at the moment as things are looking brighter and brighter for her and Dante [Dominic Zamprogna]. Let’s hope Rylan’s accident in no affect her alter ego’s progress and hopefully she will be fully recovered in no time.

‘The Young and the Restless’ Spoilers Wednesday August 24: Billy Quits, Jill in Shock – Victoria Returns to Turmoil – Hilary Fed Up with Neil’s Secrets

‘Days Of Our Lives’ News: First Look At Abigail Deveraux Recast Marci Miller Filming With Billy Flynn – ‘Chabby’ Is Back!