‘General Hospital’ News: Maura West Like You’ve Never Seen Her Before – Watch ‘GH’ Star Sing And Dance With Her Kids! 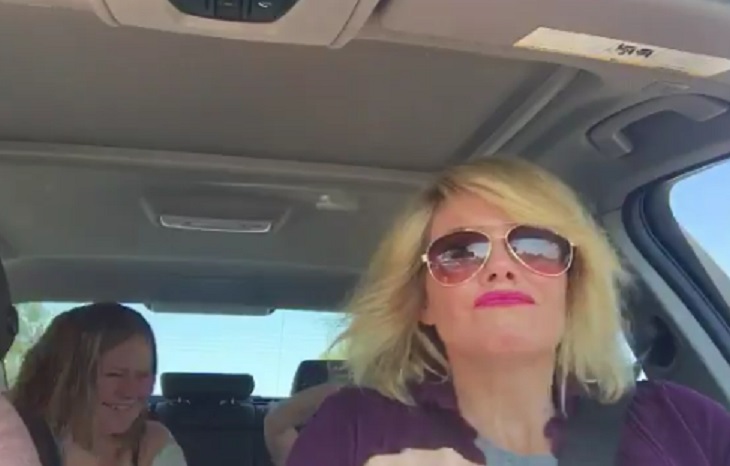 If the day job doesn’t work out, “General Hospital’s” Maura West (Ava Jerome) can shake the galaxy as a rock star!

You’ve got to see and hear West and son Joe kicking it old school style to a Dionne Warwick tune! Joe tweeted the exuberant pandemonium for all to see at #epicadventuresofjoeandmom.

I dare you to not sing along and shake your bon bon after watching this joy ride!

The fan consensus is that Maura also rocks as a mom: “How fun! You have the coolest mom,” “I already loved your mom and now I love her more. There is nothing better than having a fun Mom,” “I love your mom,” are just a few of the compliments. One fan even asks, “Can I be part of your family?”

Maura has five children, and she’s married to the former “As the World Turns” star Scott DeFreitas.

Maura portrayed Carly Tenney on “As the World Turns,” in two stints from 1995 to 2010. Her powerhouse performances on ATWT earned her Daytime Emmy Awards in the Outstanding Lead Actress in a Drama Series category, in 2007 and 2010.

Related: Maurice Benard Dishes On Sonny Corinthos’ Crimes On ‘GH,’ Whether Port Charles’ Godfather Has Paid The Price For His Actions

Maura has played GH mobstress Ava Jerome since 2013. Her portrayal of snakey mom Ava won Maura a third Daytime Emmy Award in the Outstanding Lead Actress in a Drama Series category in 2015.

Ironically, Maura portrays one of the worst moms in soap land on GH.  Ava has bedded her daughter’s boyfriend, and is now getting very friendly with her daughter’s possible love interest. Definitely not a case of art imitating real life!