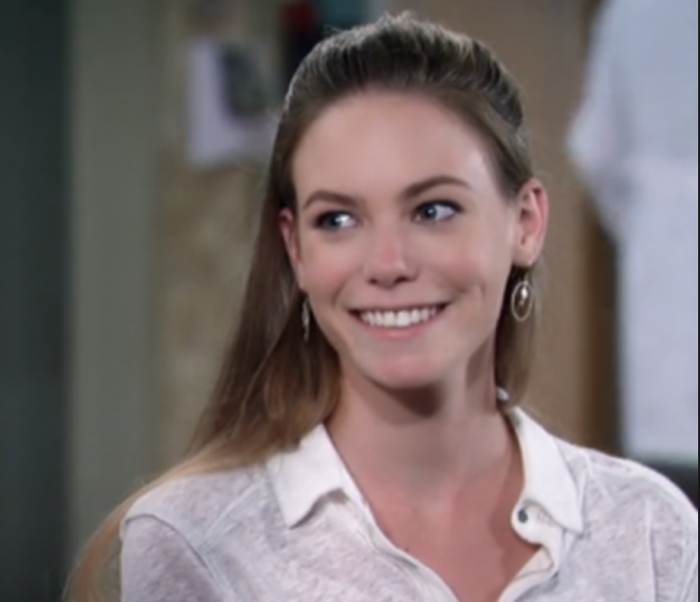 Chloe Lanier is one of ‘General Hospital’s’ (GH) newest cast member but like any other new character her alter ego Nelle comes with quite a mystery. Nelle obviously has a lot of secrets which we know will be revealed in due time. However, while we wait Lanier took to Twitter to do a little question and answer segment in which she revealed couple important things.

Jax [Ingo Rademacher] obviously knows something and is keeping secrets which leaves viewers to ponder the character’s possible Port Charles connection. Lanier revealed that her character’s story goes way beyond what viewers see. When she was asked about the real deal she revealed, “All I can say is there’s definitely more than meets the eye with Nelle.” She shares that though she doesn’t know the full story for Nelle she has some info on the scripts she has received so far and in no way does she know what Jax is hiding.

Though she had a nerve wrecking day at first Lanier reveals she loves working with her co-stars especially Maurice Benard [Sonny], Laura Wright [Carly], and Bryan Craig [Morgan], Chad Duell [Michael] whom she highlights “all bring something unique to the table”.

Lanier further highlighted that she would love to once again work with Brytni Sarpy [Valerie], in our opinion we’d love to see that, maybe the two of them could end up being best friends or family members. The most outstanding thing that she revealed that fans have been wondering about since day one is her length of stay. The question was posed “Are you just on for a little bit, or is your character going to be permanent?” to which she replied, “Nelle will be around for a while!”

So ‘General Hospital’ fans are you happy that Lanier will be sticking around? Do you want to see her and Michael hook up? Or do you think she should hook up with Morgan instead?