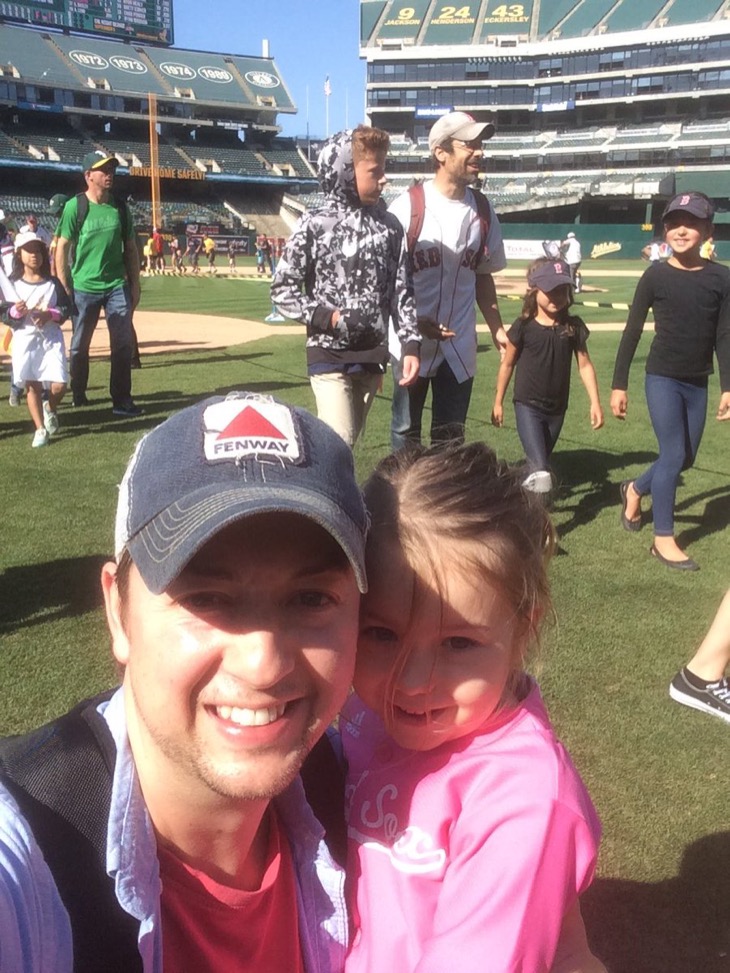 ‘General Hospital’ (GH) actor Bradford Anderson [Spinelli] really has the time of his life not only on set but also around his children. He possesses this comedic trait that everyone adores. He is quite the talent no wonder why he makes so many visits to the ‘General Hospital’ set. He most recently made a return this week to officiate the wedding ceremony for Jason [Billy Miller] and Sam [Kelly Monaco]. Outside of the ABC sudser he has quite a fun time with his children. The latest moment being shared with his two year old daughter Finola.

Finola was born on May 2, 2014. She adores her father’s comedic trait which is very evident in a video he shared on Vine. Anderson later took to twitter to publicize the video highlighting how much Finola adores his comedic side and may be following in his footsteps. “The youngest still thinks I’m funny #dadjokes,” he shared along with the adorable video of his daughter taking watching him clown around.

In this video fans get a taste of father and daughter being comedians. Finola shared screen with daddy and left us all filled with laughter. Could this little angel being following daddy’s path? Are we seeing a great comedian in the making? If you have not seen the video yet it’s a perfect time to go view it; it’s very, very interesting.

Anderson recently visited Port Charles to attend and officiate the wedding ceremony for his best friends. It is not clear how long he will be around for on this visit but spoilers tease he did not only return for the wedding but could be called in to help old friends Lulu [Emma Rylan] and Dante [Dominic Zamprogna] uncover the truth of what happened to their embryo.

‘The Bold and the Beautiful’ POLL: Will Bill and Brooke Finally Get Married? VOTE!

‘The Young and the Restless’ Spoilers: Chloe Coyly Plays Off Adam’s Death Story, Did She Kill Him?