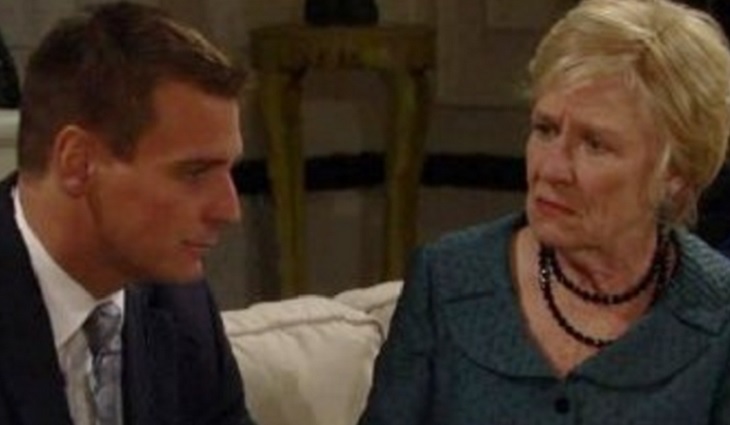 There is very sad news for ‘General Hospital’ [GH] fans. Barbara Tarbuck [Lady Jane Jacks] has died at the age of 74. The actress passed away on Tuesday, December 27.

The last time Lady Jane was seen onscreen was in 2010 when she attended granddaughter Josslyn Jacks’ [Eden McCoy] christening. In 2011 Lady Jane was mentioned when Jax went to Australia to introduce Josslyn to her grandmother.

Unfortunately, Jax was unable to stay to celebrate Christmas with his daughter because Lady Jane had taken ill. Jax returned to Australia to care for Lady Jane Jacks. Josslyn was disappointed but understanding.

Lady Jane Jacks was a loyal, loving, supportive and caring mother to her sons Jerry and Jax. Lady Jane was pleased when Jax and Carly were married. Jax’s mother was certain Carly was the perfect woman for Jax. When the couple divorced after five years of marriage, Lady Jane was heartbroken.

‘General Hospital’ was not the only soap which Barbara Tarbuck appeared. She had a brief stint as Sister Allegra on the NBC soap opera ‘Santa Barbara’.

In addition to Barbara’s roles on ‘General Hospital’ and ‘Santa Barbara,’ the actress also had small roles on the iconic 1980s primetime soap operas ‘Dallas’ and ‘Falcon Crest.’ For a time, Barbara appeared on the long running comedy ‘Mash’ as Major Judy Parker.

Born on January 15, 1942 in Detroit, Michigan, Barbara Tarbuck began her acting career on a local radio children’s show. Barbara starred on the radio program ‘Storyland’ from the time she was 9-years-old until the age of 13.

Barbara Tarbuck attended Wayne State University where she was part of the cast of ‘Where’s Charley’ and toured Europe. After receiving a Bachelors in 1963, Barbara went on to earn a Master’s in Theatre from the University of Michigan and also earned her PhD and taught acting. Barbara earned a Fulbright Scholarship to LAMDA.

There has been no word yet if ‘GH’ will write a storyline addressing Lady Jane’s death. It is likely that because Lady Jane was mentioned recently, Jax may call Jossyln and Carly and break the news of Lady Jane’s passing.