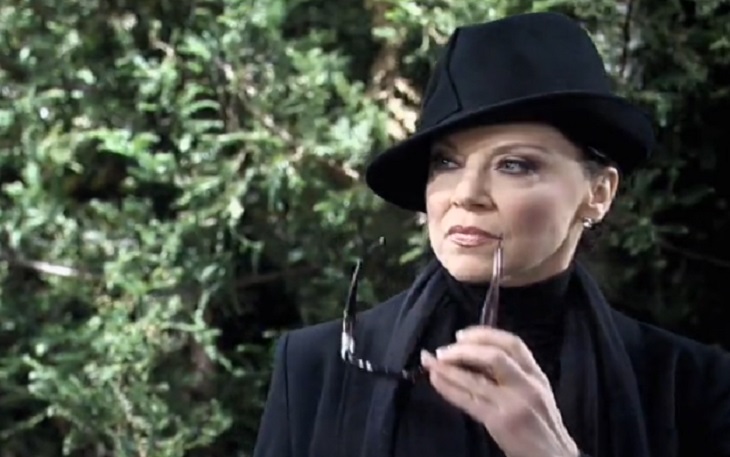 What a wonderful actress Kathleen Gati is – she brings laughter through her character Dr. Liesl OBrecht on ‘General Hospital’ and is quite a lovely person in real life. Soap Opera Spy was blessed to have a little chat with Kathleen yesterday in which she spoke of her work on ‘General Hospital’, her character’s love life, her work on ‘Fear the Walking Dead’ and other things she is doing at the moment. See below for full interview!

SOS: Greetings and how are doing today? We wish to say thanks for stopping by to do this little chat, it’s been a while.

SOS: So what’s going on for Kathleen these days? I mean you have GH in the works and Fear The Walking Dead, what can you share about those?

KATHLEEN: This has been a very good year for Emmy nominations!!! I am very excited that AMC’s Fear The Walking Dead: Flight 462 got nominated for a Primetime Emmy! It was an ensemble piece with seven of us and I’m proud to be a part of it! I also received my own personal Emmy nomination for Outstanding Actress for my role on the series, Winterthorne, which was also nominated for an Emmy.

I do have more GH in the works, stay tuned!!! I worked on a wonderful Christmas movie called “Christmas In The Red” with an amazing cast: Barry Livingston, Christy Carlson Romano, George Stults, Julie Brown, etc.

Recorded another awesome audiobook called The Girl Who Fought Napoleon by Linda Lafferty, and shot a Direct TV ad that should be very funny!!!

Did a fun fan club event in Boston a few weeks ago, and doing one July 30 at the GHFCW in Los Angeles, then another one in Orlando October 15 and then heading off to NY and NJ for the GH Fantasy weekend. Love those fans!!!

Related: Who is GH’s Aaron? VOTE!

SOS: My my it sounds like a rather busy time for you. We know the fans love you on ‘General Hospital’. Currently your character is not romantically involved and she must be sad without her daughter Britt [Kelly Thiebaud]. And then she was removed as the Chief of staff at the hospital and now there is a hospital killer. What can you tease coming up for Dr. Obrecht if anything?

KATHLEEN: Seriously!?! Dr. Obrecht has no love interest…no daughter (thankfully still has her lovely son)…and is no longer Chief Of Staff!! AND Dr. O got tied to the toilet during the Nurses Ball! Well!!! Actually I personally think that is all hysterical!! I loved when I was demoted to the Records Room and also laughed my head off when I read that I would be tied to the toilet!! But of course Dr. Obrecht is outraged!! As usual!!! And she is still trying to get to the bottom of who the murderer is!!! She’s pretty convinced that it is Dr. Finn and is not giving up her sniffing around!!

SOS: Quite fun for the viewers to watch. We are strongly of the opinion that viewers love Obrecht and Franco…do you think a romantic pairing could work for those two?

KATHLEEN: Absolutely not! He is a platonic friend to her that she desperately needs, and she also enjoys “supervising” his antics!!

SOS: Is there anyone you would like to see Dr. Obrecht hook up with?

KATHLEEN: No one on the menu at this time!

KATHLEEN: If fans want to keep up with what I’m doing they can go to my IMDB page and if they want more info about my fan events, you can check them out right here.