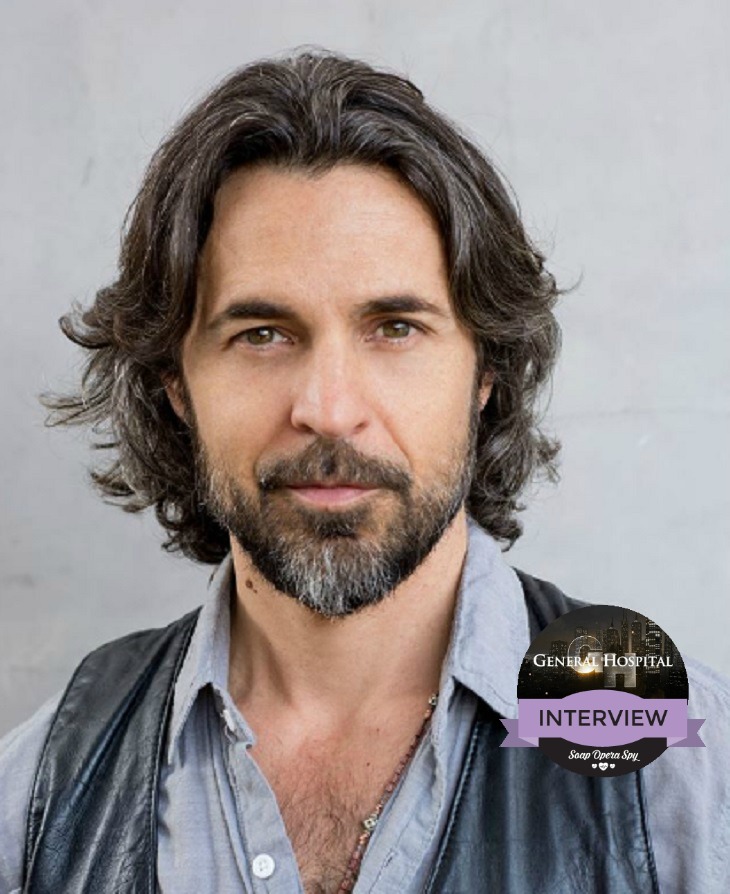 ‘General Hospital’ Jeffrey Vincent Parise [Carlos Rivera] spoke with Soap Opera Digest about his final scenes with Finola Hughes [Anna Devane] and Carlos’s demise. How did Jeffrey respond when executive producer Frank Valentini told him Carlos would die, but this time for good?

When asked how he found out Carlos was going to die again, Jeffrey explained that he had just completed shooting the prison scenes with Finola. “I was flying high and Frank pulled me aside. For a second I though he was going to say, ‘Those scenes were really awesome.” Instead, Frank told Jeffrey that Carlos was leaving Port Charles for good.

Jeffrey Parise Vincent at first thought Frank Valentini was joking, but the executive producer explained that Carlos’s death was storyline driven. Basically the writers had “painted Carlos into a corner and somebody has to die,” Frank explained to Jeffrey.

Filming Carlos Rivera’s death scene was “profoundly emotional” Jeffrey revealed, but the writing was amazing and he is grateful for his time on ‘General Hospital.’

The cast and crew of ‘GH’ didn’t let Jeffrey disappear without first throwing him a party. After taping TPTB shut down production and surprised Jeffrey with a cake. In a twist of irony, Jeffrey cut the cake with the dagger used to stab Carlos.

Related: Do You Want To See Helena Cassadine Return From The Dead? VOTE!

The character was only meant to be in Port Charles for a few months. Jeffrey remained a cast member for three years, filming over 150 episodes.

Is there a possibility that Jeffrey Vincent Parise would return to ‘General Hospital’? The actor says he would be happy to return. If TPTB can bring Silas Clay [Michael Easton] back as Dr. Finn Hamilton perhaps they can find a way to bring Jeffrey back to the soap opera as well.

‘Days Of Our Lives’ News: Andrew Masset Returns To ‘DOOL’ As Larry Welch

‘Days Of Our Lives’ News: Joseph Mascolo Returns To ‘DOOL’ As Stefano DiMera