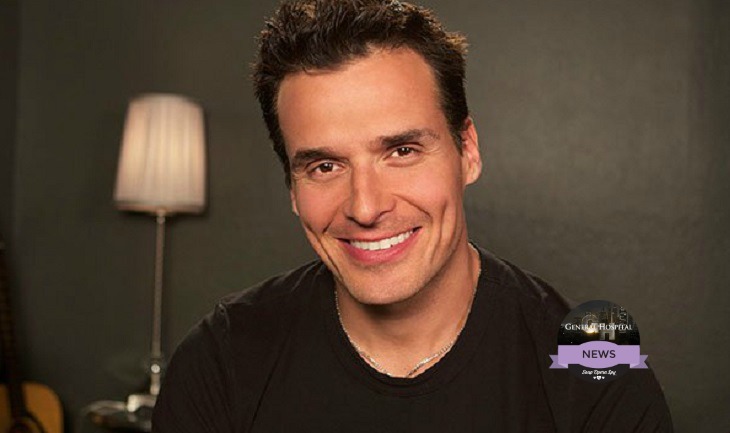 Before Antonio takes on this new and fairly dangerous career, the actor, who is also alum of ‘The Bold and the Beautiful’ [Dante Damiano] will be a special celebrity host at the Rio in Las Vegas May 5 through June 6.

Antonio sat down with Access Hollywood’s Billy Bush and Kit Hoover recently to talk about his new career move and it’s not what you think. Antonio, also alum of ‘Melrose Place’ [Jack Parezi], has decided to go into the executive protection business.

The actor doesn’t want to protect your ordinary run-of-the mill executive. Antonio would like to work in some branch of the government. Kit Hoover asked Antonio, “like a spy?” to which Antonio replied, “Yeah, kinda like a spy.”

Everything is all top secret right now, but Antonio assured Kit and Billy that he’s been through a lot of testing already and has passed with flying colors. Kit asked, ‘Have you talked to [Donald] Trump about this?” Antonio let Billy and Kit know, “I could actually work for him now.”

Who knew that this executive protection was something Antonio Sabato, Jr. always wanted to do? Apparently, it’s been on his to-do list for a long time. He’s been at the gun range training with a variety of semi-automatic and machine guns.

In addition to the executive protection business, Antonio Sabato, Jr. still has his clothing line and continues to work in movies and television. Next up on Antonio’s schedule is a special celebrity guest hosting stint at the Rio in Las Vegas May 5 through June 6. ‘General Hospital,’ ‘The Bold and the Beautiful’ and ‘Melrose Place’ fans who live in or will be visiting Vegas during that time may want to check out the show.