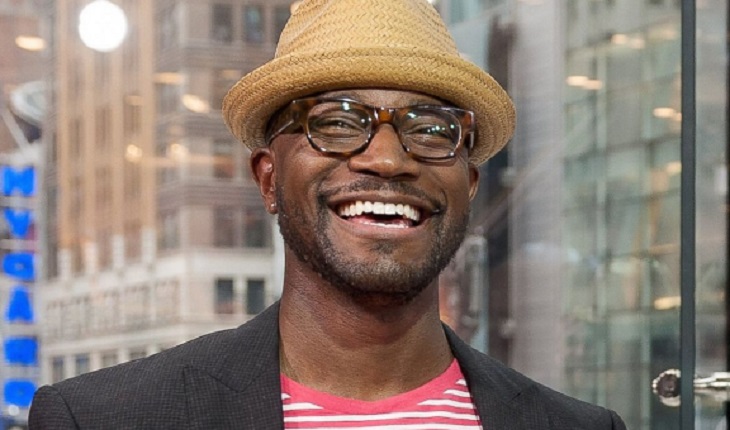 ‘Empire’ Season 3 spoilers tease that Taye Diggs has joined the cast of the popular FOX drama.  Diggs will make his big debut in the ‘Empire’ Season 3 premiere on September 21 as Angelo Dubois, a politician.  An all new ‘Empire‘ spoiler report from TV Line teases that Taye’s new character is “a city councilman hailing from a respected and affluent New York family.”

Related: Can Jamal Break The Lyon Family Feud – Will Hakeem Turn On Lucious?

‘Empire’ 2016 spoilers tease that Angelo Dubois will be a breath of fresh air for fans of the FOX drama, and the character was written as a bit of a homage to President Barack Obama.  TV Line goes on to explain, “Angelo could have made a fortune in the private sector. Instead, he is ruled by his sense of noblesse oblige, and focuses his energies on community organizing and local politics.”

Taye Diggs is a very popular actor, he is currently also starring on the TNT series ‘Murder In The First.’  Previously, he was a fan favorite on the legal drama ‘Private Practice.’  Soap opera fans will recognize Taye from his role on the now canceled CBS daytime drama ‘Guiding Light,’ as Adrian “Sugar” Hill.

Already ‘Empire’ fans are buzzing that Taye Diggs’ new Season 3 character Angelo may be a love interest for Taraji P. Henson’s Cookie Lyon.  It sounds like Angelo Dubois is basically the polar opposite of Terrence Howard’s character Lucious.  Maybe it’s time for Cookie to finally move on, and with a man that won’t break her heart over and over.

So ‘Empire’ fans, are you as excited as we are for the newest addition to the Season 3 cast?  Do you think that Taye Diggs might be a new love interest for Cookie Lyon?  How will Lucious react?  Share your thoughts in the comments below and don’t forget to check Soap Opera Spy for all of the ‘Empire’ Season 3 spoilers and news!

‘The Young and The Restless’ POLL: Which Y&R Character Should Be Elected President of The USA? VOTE!

‘The Young And The Restless’ News: ‘Y&R’ And ‘B&B’ Casting Walk-On Roles – You Could Be On CBS Soaps!