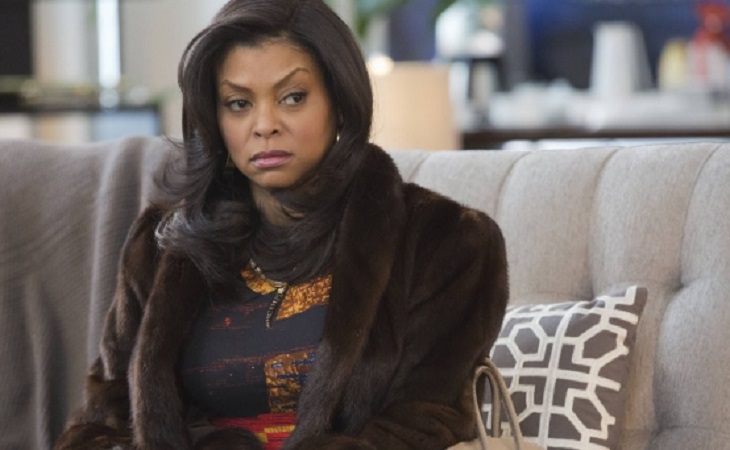 FOX’s Hip-Hop drama series Empire literally left us hanging on the second season finale. We know for sure that one of the main characters has been killed off, but we don’t know who, as the final scenes was of a woman screaming as she fell off the high balcony, during a physical fight. Empire’s Executive Producers, Ilene Chaiken and Sanaa Hamri joined Taraji P. Henson at the Television Critics Association summer press tour to give us some teasers about Season 3.

On the Season Two finale we saw that Lucious (Terrence Howard) disrespected and broke Cookie’s (Taraji P. Henson) heart, when he married Anika (Grace Gealey), the woman pregnant with his son, Hakeem Lyon’s (Bryshere “Yazz” Gray) baby, just so she couldn’t be forced to testify against him. Cookie storms out and it is revealed in Season 3, she is going to try to move on. The question of course will be whether or not he lets her!

When asked by a reporter if Taye Diggs will be playing Cookie’s love interest, Executive Producer Ilene Chaiken couldn’t help but leave us hanging with another teaser answer. “His story is all about Cookie. It starts as a Jamal (Jussie Smollett) story and like everything else, everyone intersects with him, but it’s primarily a story about Cookie, so that’s my coy way of answering your question.” Taraji couldn’t help to add by saying, “He is going to have to work because Cookie has had her heart broken way too many times.”

As for other Empire tidbits, co-creator Lee Daniels’ other new FOX show Star, Ilene Chaiken said a crossover episode is a possibility. “We haven’t talked about it yet. I think the show needs to launch first, but certainly there’s potential for it. They’re both grounded worlds in music, so it’s not out of the realm of possibility.”

‘The Bold and the Beautiful’ Spoilers: Ridge and Rick Make Amends, Form Alliance To Take Forrester Creations Back From Eric And Quinn