‘Days of Our Lives’ Spoilers: Philip Lashes Out at Belle Over Record Label Drama – More Tension for Belle and Shawn, Claire Conflict Heats Up 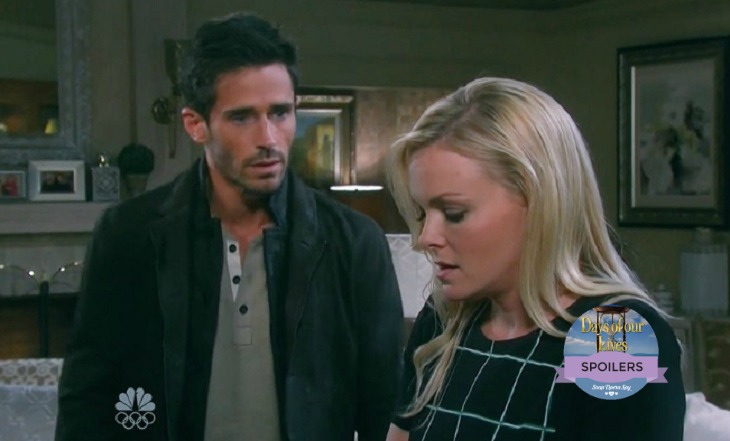 “Days of Our Lives” spoilers tease that Philip (John-Paul Lavoisier) and Belle (Martha Madison) will be at odds. DOOL fans will remember that Belle invested in Philip’s record label, but it looks like there’ll be some tension over his plans. Philip won’t appreciate it when Belle fights him over his vision for the company.

Of course, Belle’s relationship with Shawn (Brandon Beemer) is probably a factor in all of this. Even though Philip urged Belle to reunite with her ex, it still hurts that she chose him. Philip has always thought of Belle as the one who got away. That’s why Philip has been flaunting his connection with Chloe (Nadia Bjorlin) every chance he gets.

Whenever Belle is around, Philip is quick to put his arm around Chloe or lean in for a hug. He obviously wants Belle to be jealous and to some degree, she is. However, Belle wants to focus on repairing her marriage.

“Days” fans know that Belle cheated on Shawn, but he was willing to take her back. Belle wasn’t sure she wanted a reunion at first, but she finally determined that she wasn’t happy without Shawn in her life. They’re trying to make it work, but more problems have emerged.

Claire (Olivia Rose Keegan) decided to skip college in favor of a job at Philip’s label. That’s a major issue for Belle and Shawn right now. “Days of Our Lives” spoilers indicate that they’ll continue to clash over Claire’s choice. They’re both worried about her future, but they disagree on how to handle this.

Fortunately, it appears Belle and Shawn will manage to come to an agreement. As for Belle and Philip’s drama, “Days” spoilers say they’ll eventually decide to dissolve their partnership. Everything is getting too complicated. Philip will feel confident that he can be successful without Belle’s help.

Meanwhile, Belle and Shawn may or may not be going out of town briefly. Martha Madison and Brandon Beemer taped an exit together after their firings in March. Later, Beemer was called back to work after a contract mistake became apparent. Based on several cast pictures and Instagram posts, it seems Madison has made her way back on set as well.

Will they use the exit they taped or simply skip it? Time will tell, but it may not even matter. Belle and Shawn know they’re always welcome in Salem. This is home and they never need an excuse to return. Many “Days of Our Lives” viewers enjoy these characters and the “Shelle” pairing.

DOOL rumors hint that Belle and Shawn could be sticking around as part of a storyline for Marlena (Deidre Hall), but we’ll just have to see how things play out. We’ll give you updates as more news comes in. Stay tuned and don’t forget to check Soap Opera Spy often for the latest “Days of Our Lives” spoilers, rumors, updates and news.

‘The Young and the Restless’ Spoilers Thursday August 18: Adam Hallucinates in Prison, Attacks a Guard – Billy and Phyllis Wonder If Victor Knows About Affair