‘Days Of Our Lives’ Spoilers: Philip Devastated By Paternity Test Results – Done With Chloe For Good? 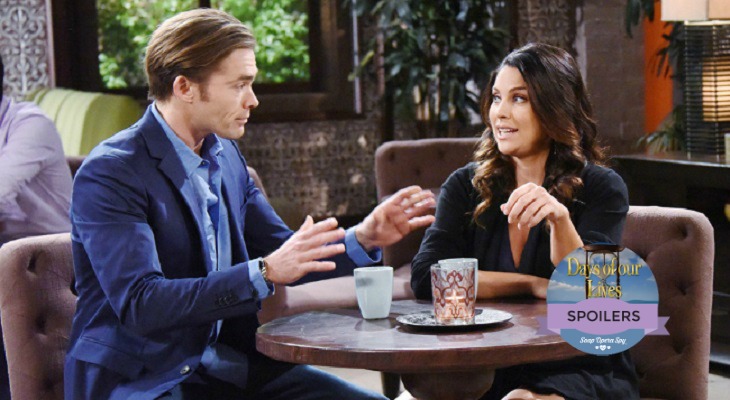 On Days Of Our Lives, Deimos (Vincent Irizary) wanted Chloe (Nadia Bjorlin) to get a paternity test done because he believed that she was carrying his baby. Philip (John-Paul Lavoisier) claimed that the baby was his. They waited to find out the test results and they were all in for a shock when the results were revealed. The results were not what anyone was expecting. According to the paternity test results, neither man is the father of Chloe’s baby.

Philip was so upset by them that he decided to be finished with Chloe for good. Chloe had Philip convinced that Deimos was the only man that she was with and that he was the father of her baby. Philip thought he was protecting her from Deimos only to find out that there was possibly another man in the picture. He felt like Chloe played him and he was betrayed. He doesn’t want to help her out anymore. Now he feels like she is on her own where Deimos is concerned.

Deimos isn’t convinced that the results are true. He still believes that he is the father of her baby. As far as he knows, he is the only man that was involved with Chloe. She didn’t mention being with anyone else and that’s why he was so sure that he was the father of her child.

As Days fans know, Chloe and Philip got Kate’s (Lauren Koslow) help to change the results of the paternity test. Kate was willing to do it to get back at Deimos. The only problem is she doesn’t want Philip to have anything to do with Chloe. She would love it if Philip were done with Chloe for good. Kate missed the doctor so there’s no way to know if she succeeded with the switch.

Did Chloe have a brief affair with someone else other than Deimos? Is it someone from Salem? Is Kate getting revenge on Deimos as well as keeping Chloe away from Philip? Did she have the test done so that Chloe’s child couldn’t benefit from the Kiriakis money by being a new relative in the family?

‘The Young And The Restless’ News: Michael Muhney Opens Up About Recent Cancer Scare