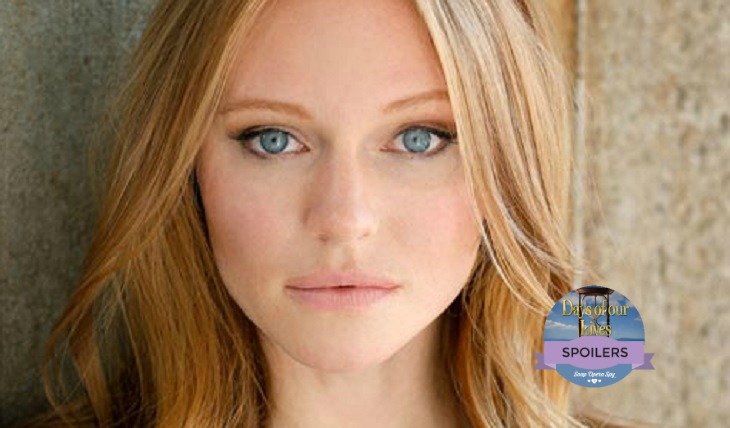 As Days Of Our Lives viewers know, Kate Mansi has left the role of Abby DiMera (Deveraux). The residents of Salem believe that Abby is dead because they were told that she was on a plane that crashed. There were no survivors of the plane crash so everyone believed that she died. Chad (Billy Flynn) is distraught over losing his wife. Jennifer (Melissa Reeves) is also grieving over the loss of her daughter. In fact, she will be battling her old demons trying to get over the loss of her daughter.

Instead of killing her off, the writers decided to recast the part of Abby with Marci Miller. Since the writers have decided to keep Abby on the show, how do they go about explaining a new actress in the part? Fans are familiar with Kate Mansi in the part and she became very popular in the role once her storyline heated up. Miller’s looks are noticeably different from Mansi’s so this will pose as a challenge for the writers to create stories for her so that the fans can get used to the fact that Miller is playing the part instead of Mansi.

When the character returns to the show, she will have a different face. Will her looks be affected by the plane crash?   Or will they have been affected by the fire before the plane crash?  She could have had several injuries to her face and that would explain her new look to the viewers. It’s also possible that she changed her look so Ben (Robert Scott Wilson) wouldn’t be able to recognize her. She also could have had plastic surgery so that she wouldn’t go to jail for the fire that she started at the hospital. She was the one responsible for the fire that took place before she escaped the hospital.

Related: How Will Theresa Donovan Exit From ‘DOOL’ – Leaving Salem Or Killed Off?

The writers may even decide not to write in the fact that Abby looks different. They have done that in the past with other recasts. In fact, they did this when Kate Mansi took over the role of Abby. Abby has been recasted a few times over the years and her looks weren’t questioned before. Some fans are concerned about Marci Miller taking over the role so the writers may decide to write something in order to ease their minds about her playing the part. Fans will get their chance to find out what the writers intend to do about Abby when Marci Miller airs in the late Fall.

How do you think the writers should address Abby’s new face?  Share your thoughts in the comments below!

‘The Young And The Restless’ Spoilers: Luca Attempts To Set Up Travis As Victor Plots A Second Frame