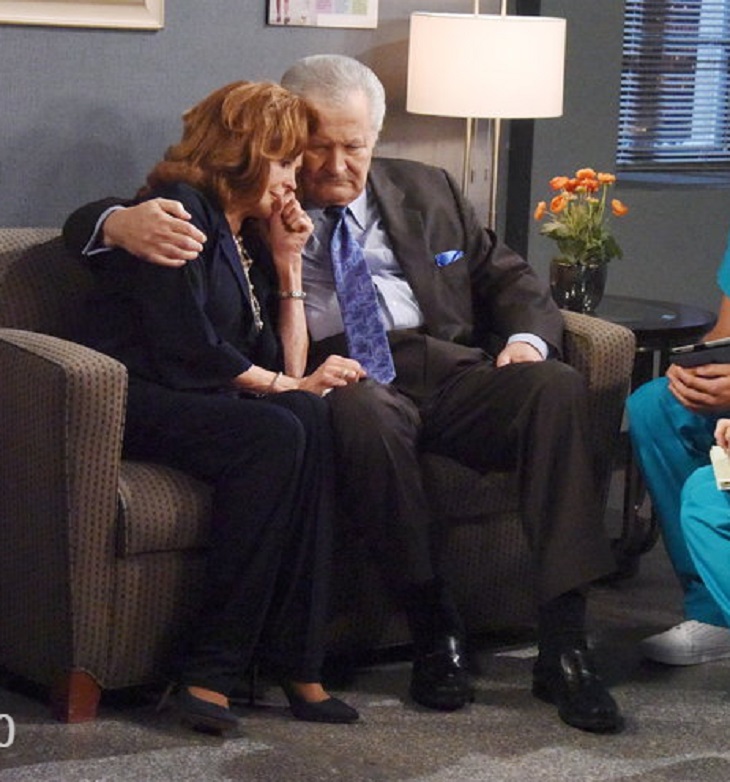 “Days of Our Lives” spoilers reveal that Brady (Eric Martsolf) will soon be in a state of shock. Once Brady is alert, he’ll be given updates on the accident and the devastating aftermath. Brady will be stunned when he realizes that Daniel (Shawn Christian) is gone. He’ll be even more stunned when he learns that he now has Daniel’s heart.

Of course, there will be additional bombshells for Brady as we go along. DOOL spoilers say Brady will be furious by the news that intoxicated Eric (Greg Vaughan) caused the crash. After they’re both on the mend, Brady will rip into Eric for triggering this senseless tragedy.

Brady will cool down eventually and that could lead him to examine his own guilt. Since Brady has battled addiction in the past, he may be upset that he didn’t see the signs of Eric’s alcoholism sooner. Brady isn’t the only one who remained oblivious. It seems everyone was too wrapped up in his or her own happiness to notice Eric’s downward spiral. “Days” viewers know that Eric has been struggling lately, but no one was willing to truly reach out.

Meanwhile, Maggie (Suzanne Rogers) will be in a very dark place as a result of her loss. Maggie will feel like she was robbed of so much time with her son. “Days of Our Lives” spoilers tease that Maggie will face difficulty as she tries to move beyond her intense grief.

Victor (John Aniston) will be there to support Maggie through this crisis, but more drama could be looming. We can’t forget about those perilous visions Caroline (Peggy McCay) keeps having about Victor’s health. However, DOOL rumors suggest that there could be a twist or two coming. It appears Philip (John-Paul Lavoiser) will end up stuck in the middle of all this. Stick with “Days of Our Lives” to see what the future holds for Victor.

So “Days” fans, what do you think about Brady’s shock over what’s occurred? How will Brady react when he finds out Daniel saved his life? Will Brady be able to make peace with Eric? Will Maggie manage to cope with Daniel’s death? Voice your opinion in the comments below and don’t forget to check Soap Opera Spy often for the latest “Days of Our Lives” spoilers, rumors, updates and news.