‘Days Of Our Lives’ News: Shelley Hennig Back To ‘DOOL’ – Steve And Kayla’s Prodigal Daughter Returns To Salem 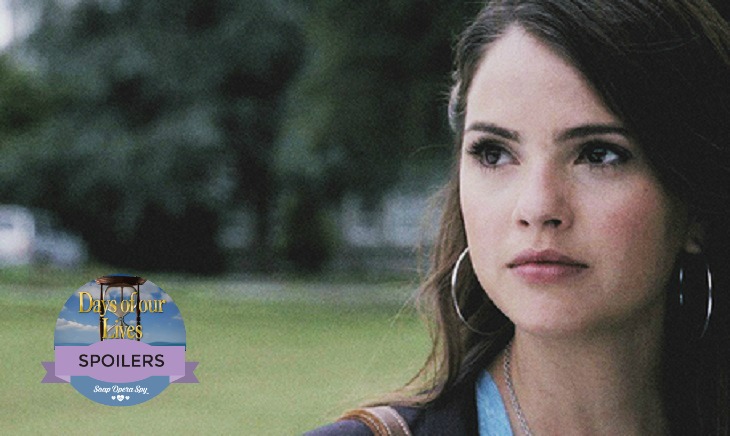 Jason47’s Days Website delivered the good news to ‘Days of Our Lives’ fans that Stephanie will arrive in Salem for Steve and Kayla’s Valentine’s Day wedding. That means all the members of the Johnson family will be accounted for to celebrate Kayla and Steve’s nuptials. While in town Stephanie may reconnect with her cousins Abigail Deveraux [Marci Miller] and JJ Deveraux [Casey Moss].

Since leaving ‘Days of Our Lives’ in 2011, Shelley Hennig has guest-starred on a few television series including ‘Friend Me [Isabelle],’ ‘Justified [Jackie Nevada]’ and ‘Blue Bloods [Maya].’ Shelley has starred in the television series’ ‘The Secret Circle’ as Diana Meade, ‘Zach Stone is Gonna be Famous’ as Christy Ackerman and as Malia Tate on ‘Teen Wolf.’ Shelley also has a movie ‘When We First Met,’ in post- production.

‘Days of Our Lives’ spoilers do not indicate how long Stephanie will remain in Salem with the Johnson family. Shelley Hennig is still listed as a cast member of ‘Teen Wolf.’ It may not be possible to work around the actress’s busy schedule unless it is on a recurring basis.

‘The Young and the Restless’ Spoilers: Thanksgiving Blessings Can Be Counted By Many Characters – Nick Tops The List