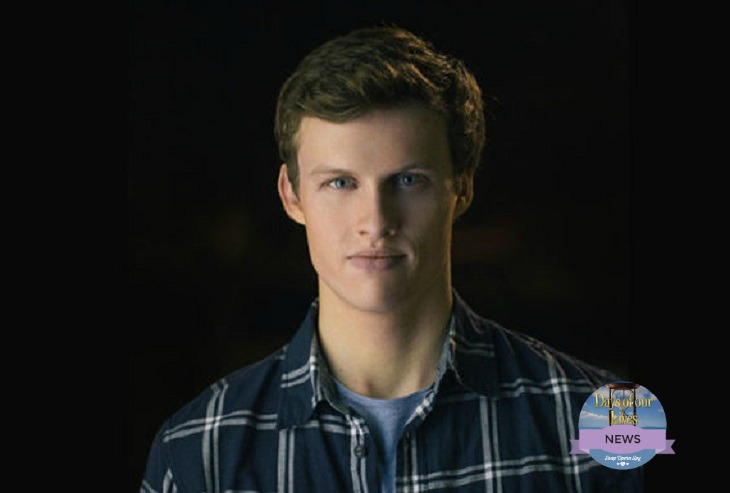 Exciting ‘Days of Our Lives‘ news confirms Connor Weil has been cast as ‘DOOL‘ rebellious teen, Mark McNair . You can catch the ‘Scream: The TV Series‘ star’s first episode on April 25, 2016.

Connor Weil’s role on ‘Days of Our Lives‘ is likely a short-term gig. The casting call gives us a few details which required the character to be a “gorgeous, 17 or 18-year-old popular jock whose father is a strict judge, which makes Mark rebellious.” Sounds like a great villain might be on his way to rock the school in Salem, at the very least.

Connor has been teasing his role on ‘DOOL’ for several weeks. The young actor posted an image on Instagram with the caption, “The “DAYS” grow ever fewer to my appearance on #daysofourlives next month! @bradley206 and #dreamloudofficial are helping me ramp up.”

Today, Connor Weil added another ‘Days of Our Lives’ teaser with a photo of himself dressed as Mark McNair and the caption, “Broke out the blue letterman to prep for #DaysofOurLives! April 25 is my first ep! @BradEYoung #DreamLoudOfficial.”

Weil’s acting background covers a wide array of projects. Connor had roles on ‘Sharknado’ and Disney’s ‘McFarland, USA.’ Currently his IMDb page lists him for just two episodes, but, as always, that doesn’t mean we won’t see more of the young hunky star. We also get another ‘DOOL’ spoiler as another casting pegs ‘Royals‘ actress Victoria Scott as “Prom Queen” Victoria Hannath  for the 2 episodes.

What do you think of Connor Weil’s role on ‘DAYS‘? What kind of trouble will the ‘DOOL‘ rebellious teen, Mark McNair, cause in Salem? Let us know your thoughts in the comment section below.