‘Days Of Our Lives’ News: Confirmed – Vivian Jovanni Out At DOOL, Ciara Recast Coming Or Hope’s Daughter Gone For Good? 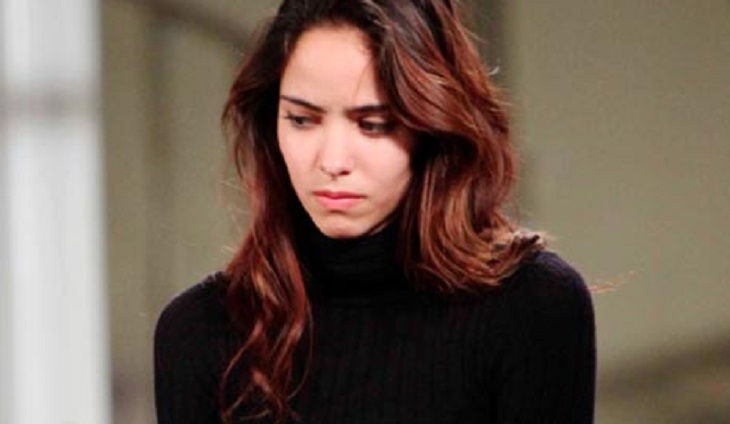 The teen scene on, “Days of Our Lives,” will soon be missing a major character. Vivian Jovanni, who plays Ciara Brady, has already departed the NBC soap. Her last airdate is unknown at this time.

There’s no official word on her last airdate or if the character will be written out.

When the role of preteen Ciara was SORAS’ed to accommodate storyline dictates, the fans had a mixed reaction so it will be interesting to see if the role will be recast.

For her part, Jovanni responded to questions about her departure in a positive manner. In an interview with Serial Scoop, the young actress thanked the fans and the soap for all of their support: “I am eternally grateful for the opportunity, love and support I received from everyone at Days and the fans.”

She went on to praise the cast and crew members and stated that her brief tenure on the soap was rewarding. Jovanni indicated that her departure was a mutual decision between her and, DOOL, and she’s looking forward to new opportunities to expand her acting horizons.

Ciara experienced quite a lot of commotion during Jovanni’s tenure. When her legendary ex-Merchant Marine father Bo died a premature death, the teen never quite fully recovered her stride.

While she was still reeling from Bo’s death, the Salem youngster was raped by her stepbrother Chase (ex-Jonathon McClendon). Devastated, Ciara turned away from her good girl ways and toward alcohol.

Her childhood friend Theo Carver (Kyler Pettis) provided much needed support during that time period, but he eventually turned his attention to another Salem teen, leaving her to crush on her older employer, Chad DiMera (Billy Flynn).

What do you think, DOOL fans, should TPTB recast the role of Ciara? Would you like to see Ciara and Hope build a strong mother-daughter bond in the near future? Or do think that Ciara has a romantic future worth exploring?