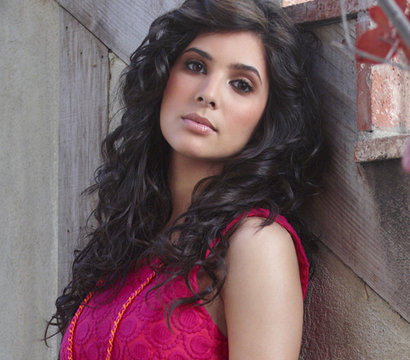 Hot on the heels of the news that Camila Banus signed a new contract to continue airing as ‘Days of Our Lives’ Gabi Hernandez comes news that she is headed to primetime. Soap Opera Digest is reporting that the Days’ actress has been tapped for a recurring role on the ABC’s primetime series ‘Mistresses’.

Banus who recently made her return to Days last year after her character was released from prison announced on Snapchat that she signed a contract for another year. Considering how the Hernandez clan has been widely developed on the Salem canvas this was absolutely great news.

According to TV Source they spoke directly to the actress on the red carpet of a Star Magazine event where she told them about her new role. “I want to let everybody know that I’m doing a recurring role on ABC’s Mistresses,” said Banus. “Season 4 starts soon (May 30) and I’m going to be on their quite a few times so you can catch me on there.”

At this point in time, there are no details about her character. And though she has been acquiring a few primetime roles she is adamant that there is fun things to come for her character on Days. “What you are starting to see with JJ and Gabi is a beautiful love story that started because two people really hurt from something really painful, which is death. They are mourning in different ways but they are coming together and loving each other in the safest way they possibly can” Banus told TV Source.

She made mention that the young couple are growing into something special. The fans will love what they see coming. There is a lot more to come for JJ and Gabi.

So Days fans are you happy that Banus is joining Mistresses?

‘Days of Our Lives’ Poll: Which DOOL Teen Is Your Favorite? Vote for Joey, Ciara, Theo or Claire?