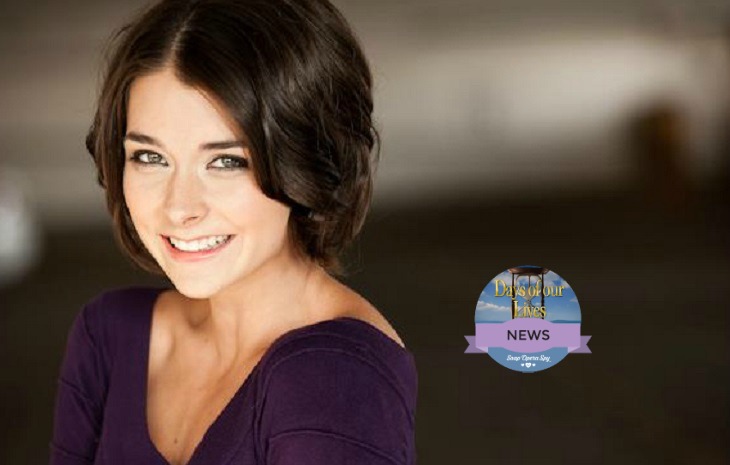 ‘Days Of Our Lives’ star Allison Paige just booked a huge primetime gig on The CW’s ‘The Flash!‘  Paige played the part of Salem’s Bev Walters off and on from 2007-2015.  Paige’s character Bev was always getting in to trouble in Salem – when she wasn’t getting caught with drugs, impersonating people, or robbing electronics stores – she was most well-known for her constant meddling in JJ Deveraux and Paige Larson’s relationship.

The last time Paige was spotted on ‘Days Of Our Lives’ was in the summer of 2015 – but the actress has been keeping herself very busy and just joined the cast of The CW’s very popular new comic book inspired show ‘The Flash.’  According to a report from TV Line, Allison will be playing the part of a female speedster named Eliza Harmon, aka ‘Trajectory.’

TV Line reveals, “Having arrived in town intent on creating maximum chaos, Trajectory’s antics are misinterpreted as having been perpetrated by the Flash himself. Barry thus must quickly! uncover the mystery of who is the girl under the mask — as well as what is driving her mad desire for speed and destruction.”

As soon as the big casting news broke, Allison’s former ‘DOOL‘ co-star Eric Martsolf was one of the first to congratulate her on her new job.  Martsolf tweeted, “My boys’ go to show–awesome @AllisonPaigeN! Congrats.”   We are just as proud of Allison as Eric is – and we can’t wait to see her work her magic on ‘The Flash.‘  Are you a fan of the show?  Will Allison be a good addition to the cast?  Let us know what you think in the comments below!

Days Of Our Lives Spoilers: ‘Wilson’ Loses Allie’s Baby! The Cost Of…