‘Days Of Our Lives’ News: Alison Sweeney And Cameron Mathison Star In ‘Murder She Baked: A Deadly Recipe’ 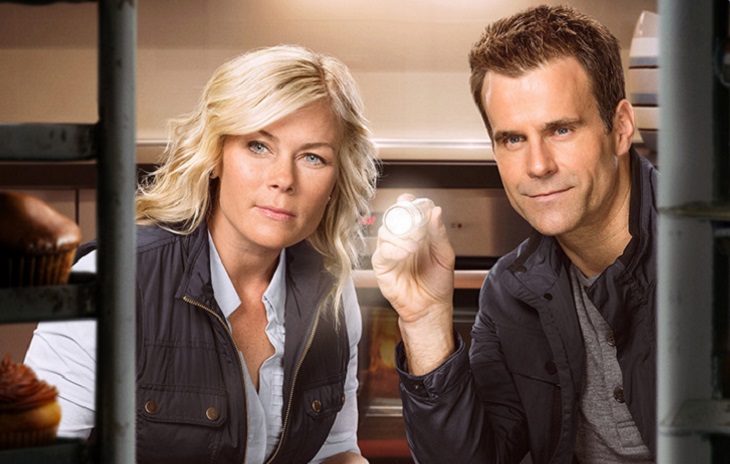 In this installment, Sweeney plays the role of Hannah Swensen, a bakery owner, “who just can’t keep her hands out of the batter when murder stirs things up in Lake Eden, Minnesota leaving the sheriff dead, a deputy accused and a killer on the loose.”

Hannah is in the mix of everything! The killer is still on the loose but Hannah will make a very shocking discovery while emptying the trash. Hannah is the one who discovers Sheriff Grant’s body in the dumpster located behind the school where she teaches cooking. What make things worse is that her brother in law Bill [Toby Levins] is the one accused of committing the murder. Hannah will embark on a mission to discover the truth that could set her brother in law free for the upcoming Sheriff election. Bill and Sheriff Grant were running against each other for the election.

‘Murder She Baked: A Deadly Recipe’ is the fourth installment and Mathison plays Mike Kingston. The film will air at 9pm ET/PT on Hallmark on June 19th, be sure to tune it to check it out.