‘Days Of Our Lives’ Interview: Kristian Alfonso Discusses Her Relationship With Peter Reckell 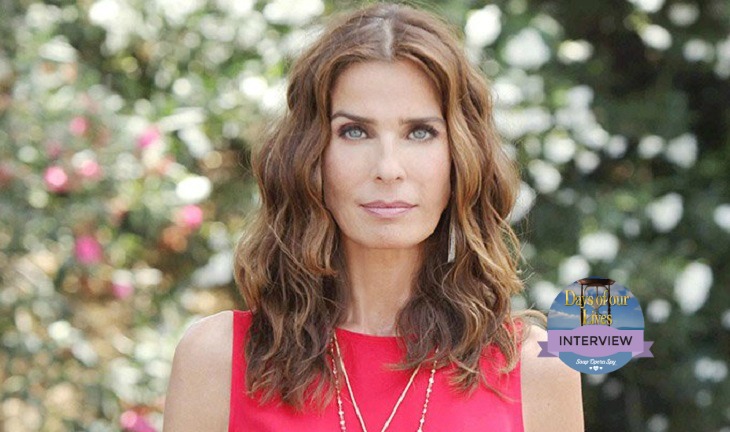 ‘Days Of Our Lives’ Kristian Alfonso (Hope) was a part of a huge supercouple with Peter Reckell’s Bo Brady. They were a popular couple since the 80s. The couple ended up torn apart because he was kidnapped for years before he returned to Hope and Salem. Unfortunately, the hero ended up dying in Hope’s arms and the couple was torn apart again.

Bo and Hope shared one more reunion when she had an episode on Days Of Our Lives dedicated to her. Bo appeared to Hope in a dream and they had one more dance together. In a recent interview Kristian Alfonso talked about her relationship with Peter Reckell through the years.

Related: Eric Martsolf Dishes On Tate’s Kidnapping – Summer Is Not The Only Suspect

Kristian instantly knew that she and Peter had chemistry when they worked together over 30 years ago. Alfonso talked about her first scenes with Reckell during the interview. She fondly remembered when her character was pretending to be older to impress who she thought was a stranger. Hope didn’t realize who she was talking to at the time. Bo didn’t recognize her either.

All of a sudden, he knew who she was and he surprised her by calling her a nickname. Kristian is convinced that she will never find chemistry with another actor the way she had with Reckell. She has worked with other men since Reckell’s departure, but she doesn’t believe that the chemistry is like the chemistry she had for over 30 years with Peter Reckell.

The actress discussed the way she felt when she first met Reckell. She felt that he had an intensity about him and that he was a very serious actor. He intimidated her at first. She shared that their relationship was good and bad at times. They had moments when they didn’t always get along, but they always worked well together. They had a good time working together. She loved the way the writers wrote for their characters over the years.

Alfonso was asked who was the one who came up with the popular nickname “Fancy Face”. Kristian revealed that Peter Reckell was the one who created the nickname for her character. She liked the name so she went along with what he called her and it worked out.

Do you agree with Kristian, does anyone else on the soap match the chemistry that Hope and Bo shared?  Let us know what you think in the comments below!

‘The Young and The Restless’ Spoilers: Billy Breaks Things Off With Phyllis – Will She Tell Jack The Truth?

‘The Bold And The Beautiful’ Spoilers: Eric And Quinn – Who is Taking Who For A Ride?