‘Days Of Our Lives’ Interview: Eric Martsolf Dishes On Tate’s Kidnapping – Summer Is Not The Only Suspect 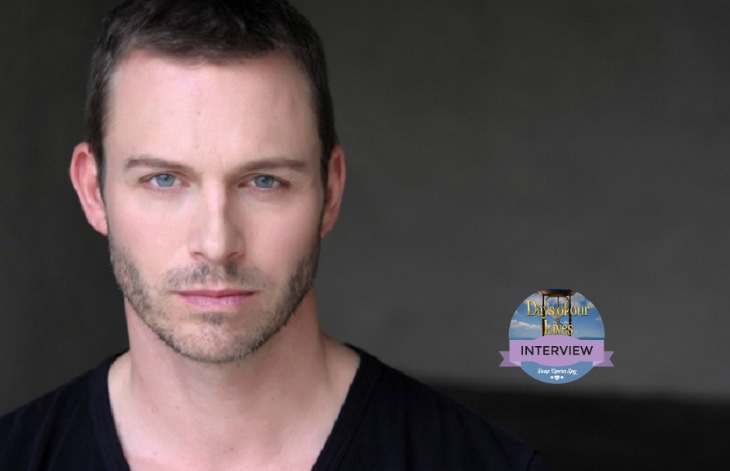 Days Of Our Lives has a major story unraveling – Tate’s kidnapping. Tate was kidnapped while Theresa (Jen Lilley) was asleep in the park. Brady and Theresa are upset that their son Tate is missing. They have no idea who has taken their son. According to Eric Martsolf (Brady), things are more complicated than the audience believes. There is more going on with the story than the viewers have seen so far.

To the naked eye, it seems as if the kidnapping story is predictable. The writers didn’t want to go the predictable route so they decided to add some twists to the story to keep it from being lackluster. The writers know how to keep the audience guessing with their storylines so this story will be no different. Eric Martsolf talks about the kidnapping story in a recent soap magazine.

According to Martsolf, Brady and Theresa do whatever they can to find their son. On the surface, it appears that Summer (Marie Wilson) is the main one involved in Tate’s kidnapping because she wants to get back at the couple for the way he treated her. According to Martsolf, Summer may not be the one responsible for what happened to his son.

It is a safe bet that the kidnapping will cause major problems between Brady and Theresa. Martsolf promises that this story will be a big mystery for the viewers. Martsolf enjoys the fact that this story has become a mystery. During the search, it is discovered that quite a few people have reason to kidnap Tate. There are more people who want to see Brady and Theresa break up than they realize.

Summer is the main suspect because she was on a plane and you could hear a baby crying in the background. She isn’t the only suspect in Tate’s kidnapping though. Brady’s grandfather Victor (John Aniston) is also a suspect. Victor has never liked Theresa and he threatened her. Martsolf teases there could be a connection between Summer and Victor that hasn’t been introduced to the audience. Martsolf also hints that there are other unlikely people involved in the storyline.

Martsolf already knows the outcome of the story since DOOL tapes months in advance. He adds that he enjoys the way the story has turned out. He loves the mystery element of the story. Who do you think is the person behind the kidnapping? Do you think it is someone from Brady or Theresa’s past that is coming back to haunt them?  Share your thoughts in the comments below and don’t forget to check Soap Opera Spy for all of your ‘Days Of Our Lives‘ spoilers and news.

‘The Young and The Restless’ Spoilers: Billy Breaks Things Off With Phyllis – Will She Tell Jack The Truth?