‘Days Of Our Lives’ Interview: Kate Mansi Talks Leaving ‘DOOL,’ New Movies, And Whether She Will Return To Daytime 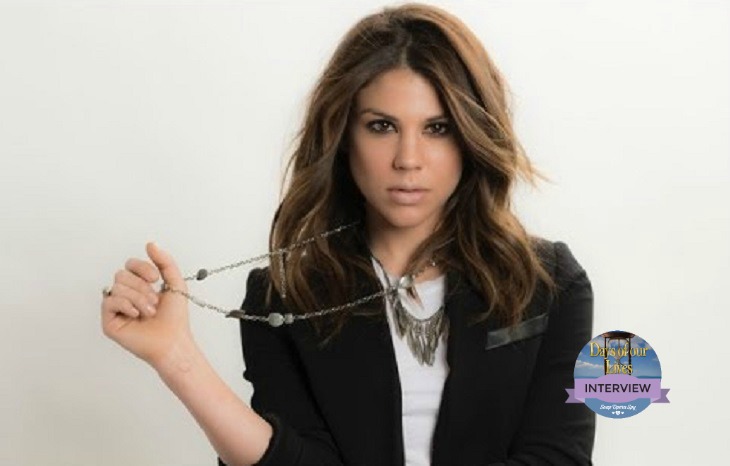 Days of Our Lives’ Kate Mansi [Abigail Deveraux] is speaking for the first time about her decision to leave ‘DOOL.’ In an all new interview Kate also talked about whether or not she would consider a return to soap operas.

Is there a chance Kate would return to daytime television? Yes, she would, but only if everything lined up perfectly. It has to be the right time and the right role Kate revealed that she would return.

Soap Opera Digest interviewed Kate for its latest edition available on newsstands now. In the interview Kate revealed that her four-year contract would be up right around the DAYS 50th Anniversary celebration. “It was very important to me that I honor the DAYS legacy, the fans, my character and all that NBC has done to keep our show on the air, so I signed for an additional year to see us all through to the 50th.”

Getting past all the 50th anniversary celebrations Kate Mansi decided to sign a contract extension for just a few months. At that time there wasn’t a way to properly remove Abigail from ‘DOOL’ without there being serious continuity problems. Kate had second thoughts about departing from the daytime drama “right up to the last minute,” she told Soap Opera Digest.

How did Kate Mansi’s co-stars’ find out she was exiting the show? The actress revealed she was too scared to tell anyone. But one day in hair and makeup co-star Billy Flynn [Chad DiMera] started talking about, ‘When you leave…” Kate explains that Billy always seems to know everything that’s going on at ‘Days of Our Lives’ and it didn’t surprise her that he was the first to catch on.

Kate may return to soap operas sometime, but right now she’s busy with other projects. She is currently at work on the Indie film ‘The Guest,’ that also stars Ted King [Lorenzo Alcazar, ‘GH’ and Tomas Delgado, ‘OLTL’]. She just wrapped up filming another movie called ‘The Boyfriend Killer’ in Florida. In the movie she portrays a sweet and naïve young woman who is really a psycho killer.