‘Bold and the Beautiful’ Opinion: Why B&B Should Use “Donna Logan” and “Carter Walton” More 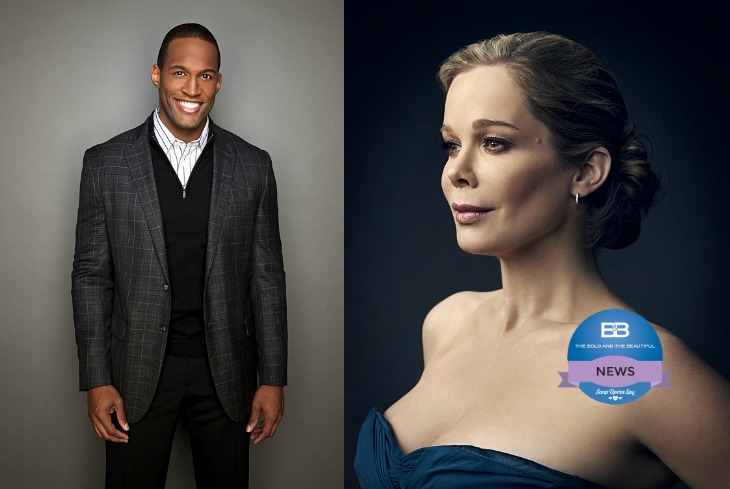 Jennifer Gareis has been a great actress over the years; she had several great scenes on “The Young and the Restless” as Grace Turner and “The Bold and the Beautiful” as Donna Logan. Gareis delivered some pivotal scenes while playing the character of Grace on Y&R and her pairing with Nick Newman (Joshua Morrow) was a popular one. While she has absent from the ‘B&B’ canvas for quite some time now, she played her character well and delivered excellent scenes during her on screen romance with John McCook (Eric) and Brandon Beemer (Owen) and her rivalry with Stephanie (Susan Flannery). In 2015, Donna was mostly used in scenes her sisters Brooke and Katie but never really had any romantic involvement or story for herself since her relationships with Justin, Owen and Eric ended.

Lawrence Saint-Victor who previously played the role of Remy Boudreau on Guiding Light also delivered some great scenes during his character’s romantic involvement with Maya (Karla Mosley). Ever since his break up with Maya and her return to Rick Forrester, Carter is mostly seen performing wedding ceremonies and giving relationship advice to Ridge and Zende his new found best friends. Saint-Victor is a superb actor and if given the chance to shine I’m sure he will do just that.

Fans across the internet have been voicing their opinions on social media for quite some time now that they would love to see Carter find a new love interest rather than just be lifting weights and passing out relationship advice. I couldn’t agree with them more, but could Donna resurfacing and hooking up with Carter satisfy the fans request?

Personally, I think so. Hooking up Donna and Carter could lead to a great story considering that Marcus (Texas Battle) is Donna’s son and Carter is his adoptive brother. This storyline could give Gareis and Saint-Victor the chance to shine and the opportunity to deliver Emmy worthy scenes. It could also pave the way for Marcus to return and express disgust with his brother for hooking up with his mom and this would also give Carter a rival and Lawrence Saint-Victor a juicy storyline.

‘General Hospital’ Spoilers January 28: Sam Confronts Franco About Jason – Jake Rages at His Parents – Sabrina in Labor and at Risk – Anna and Robert Storm the Cabin