‘Bates Motel’ Spoilers: Everything We Know About the 5th and Final Season 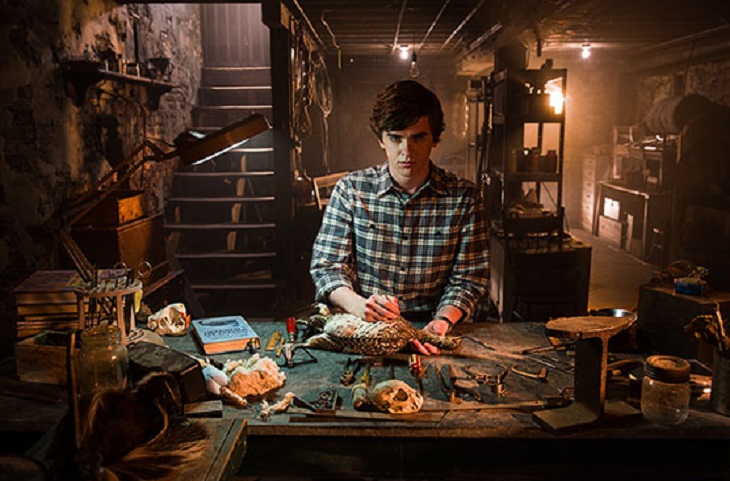 Bates Motel  Season 5 looks promising, although we are going into unchartered territory, because up until now, the last four seasons have been leading fans to the epic shower scene everyone knows and loves from Alfred Hitchcock’s 1960’s movie Psycho.

Initially it was thought that Bates Motel may not go in the same direction as the film, but fans were given hope when they found out the role of Marion Crane was cast and will be portrayed by Rihanna because that meant possibly that the shower scene will in fact happen, or at least tie into the movie.

A&E’s Bates Motel sources have revealed that there is also the new character of Madeline Loomis (Isabelle McNally), who will somehow be connected to Marion’s (Rihanna) lover, Sam Loomis.  Will she be the ex-wife who is stopping Marion and Sam from marrying because she is costing him too much money in support?  Another surprising addition to the cast, might be Rihanna’s alleged boyfriend Drake.  At this point it has not been revealed which character he will play, but it is very exciting news for the series.

Fans of Bates Motel and Psycho, knew that Norman’s (Freddie Highmore) mother Norman (Vera Farmiga) needed to die at some point, but her death broke many of our hearts and shocked us.  Norman digging her up and bringing her dead body into the house shows us how far his mind has truly gone.

Season 5 will be more like the movie, where Norman is shown to have lost all touch with reality.  He truly believes his mother is still alive; and she will be, sort of.  She will be back in his dreams and delusions.  At the end of season four, not only did Norma die, we finally see Norman transitioning from a deluded teen into a full-blown.

We will also have to see how he will deal with ‘reality’ and those who could be considered a problem by him, like his brother Dylan (Max Thieriot) and Emma (Olivia Cooke), but especially Sheriff Alex Romero (Nestor Carbonell), who had just married Norma; and when she died, he was the one who threatened to make sure Norman paid for what he did.  Since none of these characters are in the movie, it will be interesting to see how it all ends up, who survives and who faces Norman’s wrath?

A&E’s Bates Motel is not back until 2017, there is plenty of time to catch up on the series, if you haven’t seen it yet, or re-watch before the fifth and final season.  Be sure to check Soap Opera Spy often for updates, news, rumors and spoilers!

‘The Young and the Restless’ News: ‘Y&R’ Releases Casting Call For Small Child – Who Is “Sunny?”