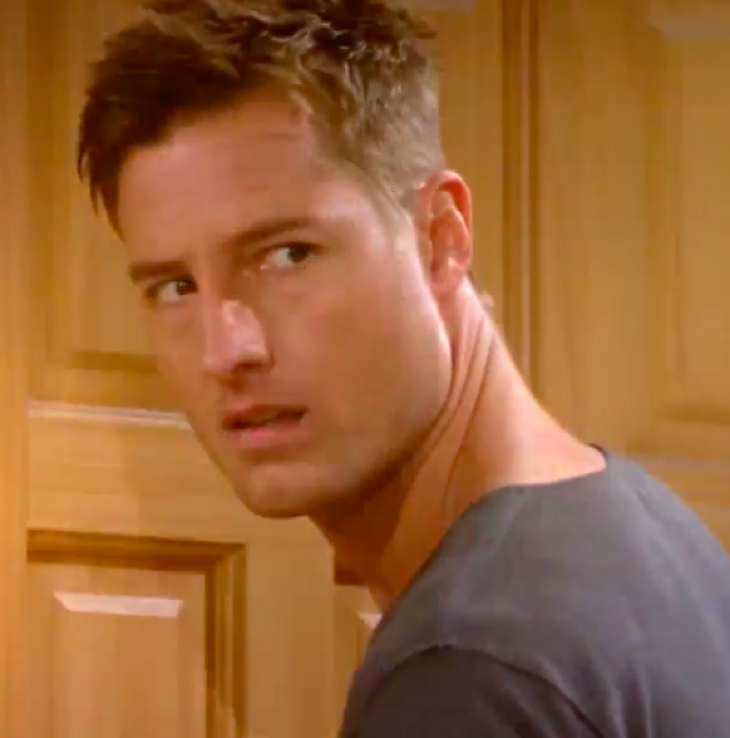 “Young and the Restless” spoilers are on FIRE; after one year of keeping fans on the edge of their seat- Gabriel Bingham (Justin Hartley) will be revealed as the legendary Adam Newman on October 2. If that’s not enough drama, Caroline (Linsey Godfrey) will confess she slept with Thomas (Pierson Fodé) and, as a result, is pregnant to Ridge (Thorsten Kaye). The CBS promo titled ‘Double down on the drama’ was released this afternoon.

For “Y&R,” Chelsea (Melissa Claire Egan) tells Newman that she needed to talk to them about Adam. In the next scene, Adam told Billy (Burgess Jenkins) he made a huge mistake, and he was sorry. It implied he was apologizing for hurting Delia, but it may be about the Paragon project and bringing Ian Ward (Ray Wise) into town. Billy gets up and lunges at Adam.

For “B&B,” Caroline told Thomas, “It’s our little secret.” The next scene showed Caroline telling Ridge that she is pregnant; the promo implied she told him she slept with his son, Thomas. Ridge reacts in anger and throws a large object across the room.  Thomas and Ridge come to a blow- ending in a father and son confrontation that could end their strained relationship.

Fans, can you believe after over a year of waiting and waiting; it looks like Genoa City will finally know that Gabe is Adam. Caroline is going to be in a heap of trouble when Ridge discovers that she slept with his son right before they married. It is shaping up to be exciting couple weeks on both shows!

Next week!! Double down on the Draaamaaaa!💥💥