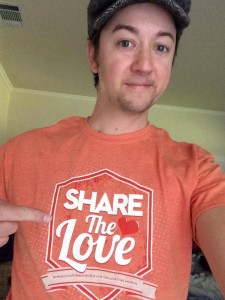 The latest “General Hospital” news reveals that Bradford Anderson, who plays Spinelli on GH, is headed to primetime. Anderson will be featured in an episode of Fox’s sci-fi crime series, “Minority Report.” It seems Anderson’s new role will be a quite a departure from Spinelli. In an interview with ABC Soaps in Depth, Anderson called it “a character that people don’t normally cast me in.” Anderson will play Harlan, a bartender at a popular pick-up club.

If “Minority Report” sounds familiar, it’s probably because it shares its title and overall premise with a 2002 movie starring Tom Cruise. The current show is set in 2065 and it offers an innovative approach to catching criminals. In this high-tech society, law enforcement is able to see into the future and stop crime before it happens. Washington D.C. serves as the backdrop for this unique series.

As for Anderson, he’s just happy he got a chance to be a part of it. “I feel so lucky and thrilled to have done it,” Anderson said. “It was such a fun show to work on. Not only does the futuristic world look so cool, but I think many folks might be surprised to see me as this kind of character.” “General Hospital” viewers should definitely tune in to see what all the buzz is about. 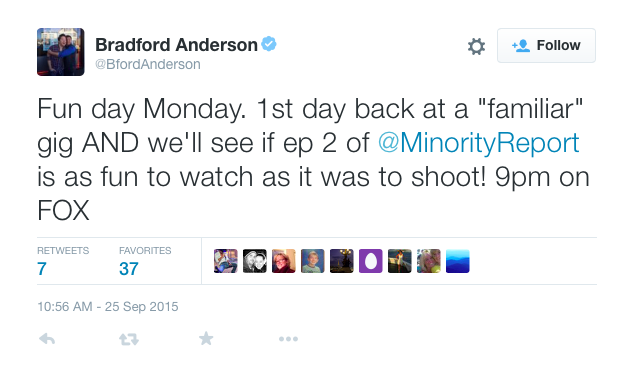 Anderson stayed tight-lipped on the episode’s plot details, but he hinted that it might leave you on the edge of your seat. “There may be a twist or two,” Anderson teased. You can check out Anderson in “Minority Report” on Monday, September 28, at 9:00 p.m. ET on Fox. Stick with Soap Opera Spy for updates on the new roles and projects of your favorite “General Hospital” stars.

So GH fans, what do you think about the news that Bradford Anderson will be in Monday’s episode of “Minority Report”? Will you be watching? Are you interested in seeing Anderson portray a much different character than Spinelli? Let us know what you think in the comments below and don’t forget to check Soap Opera Spy often for the latest “General Hospital” spoilers, rumors, updates and news.