‘The Young and the Restless’ (Y&R) The Road Ahead: Murder and Mayhem Coming To Genoa City – Pratt Strikes Again 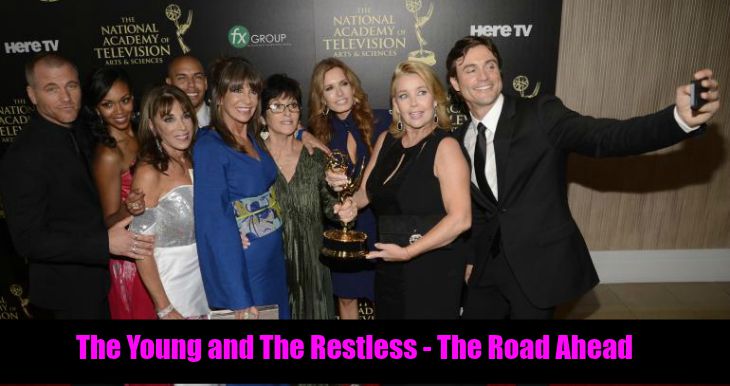 “Young and the Restless” fans are on the edge of their seats anticipating what kind of action head writer Charles Pratt has planned for Nov. sweeps. During Feb. sweeps- his first month of writing- the fans saw a building collapse, a plane crash, a serial killer, a doppelganger and Neil (Kristoff St. John) started to unravel in a very disturbing way. It was definitely too much action for a relatively short amount of time. It brought up the question about what he could have planned next for “Y&R.”

Fans are almost scared to question what plots he is cooking up his sleeve right now. Fans watched in disgust as he trashed and ruined Neil Winters to someone no one even recognized anymore. An inside source has maintained for quite some time that Neil is not to blame for Hilary’s (Mishael Morgan) disappearance- someone is.

One can assume that will be how Pratt will redeem Neil. Everyone assumes that Neil did something to hurt Hilary. Longtime fans have stated over and over that deep down, Neil is a good guy- and he wouldn’t harm anyone. He has become almost Victor-like. Another tidbit from Daytime Confidential for November sweeps is Pratt is planning on another murder mystery. He promised that more murder is coming to Genoa City. The official spoilers for “Y&R” stated that Dylan would come to Sharon’s aid to help with a mystery. Is it possible that Sharon is involved in yet another murder mystery?

“Young and the Restless” fans should brace themselves for another action-packed sweep’s month. It looks like Pratt only knows how to write what Twitter is referring to by the term “Prattastrophes.” Die-hard fans have voiced that they wished he’s going back to the basics. They don’t want to see any more paternity shake-ups, doppelgangers, or murders.

Charles Pratt has his share of haters. One fact remains; Neilson’s ratings have been higher under his writing than it has in years. The fans maintain they are not happy with his writing; however, the ratings for the show are increasing steadily.

It looks like fans should brace themselves now and accept that there will be more murder and mayhem in Genoa City, Wisconsin during Nov. sweeps. Fans, if you could pick one character to be killed off the show, who would you pick? Tell us in the comments below.