‘The Young And The Restless’ (Y&R) Spoilers: Another World’s Jensen Buchanan Joins Cast As Elise Moxley 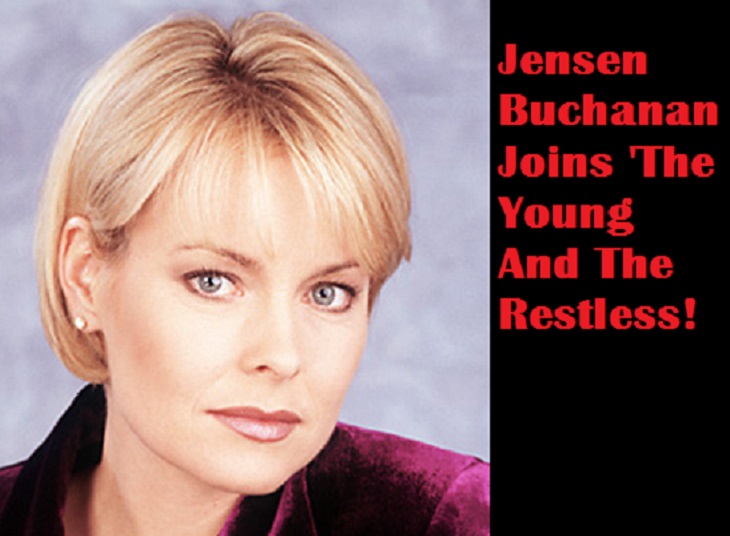 “The Young and the Restless” spoilers and casting news are in; “Another World” alumni Jensen Buchanan landed a hot role on the show. She is returning to daytime on November 13 as Elise Moxley. Immediately, soap fans responded positively that one of the most legendary actresses would be gracing their TV screens once again in a juicy, hot storyline. So what’s in store for Elise’s character?

Buchanan’s character will be a member of Genoa City’s social scene. It was speculated; she may be a journalist or similar and will likely be part of the Adam Newman (Justin Hartley) reveal aftermath. There has not been an official announcement about the storyline of the new character, no details have been released other than her casting news.

Jensen told Soap Opera Digest that she was excited to receive a role from “The Young and the Restless.” She said they called her and asked her if she’d consider this role. Jensen explained, “I didn’t even have time to hesitate.” Buchanan went on to say that it came very unexpectedly because she considered herself retired. She added, “I had thought my days of being a daytime actress was over after my legal trouble of being sued for a contract dispute. I was pleased to have another offer to act again.  I have the time to dedicate in a new role, and I have the passion for it.”

Jensen Buchanan’s first air date as Elise Moxley will be November 13. It was noted that her role was a reoccurring status- but any other information about it was not available. It looks like we may have to wait a few more weeks to find out the juicy details.