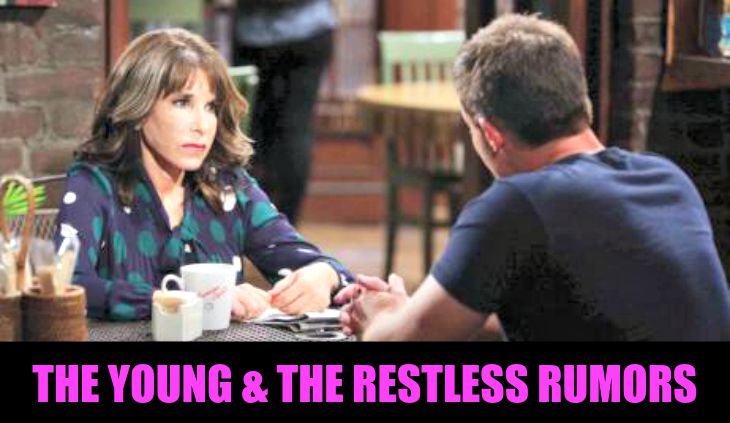 “Young and the Restless” rumors are rolling in, and it looks like Esther (Kate Linder) may come in contact with the terrifying Ian Ward (Ray Wise). Not only will she meet him, but she may think she is in love with him. If that is not enough action on the daytime drama, Esther told Dylan (Steve Burton) her suspicions about Colin’s (Tristan Rogers) involvement in blackmailing Devon (Bryton James) and possibly responsible for Hilary’s (Mishael Morgan) disappearance. What will Dylan find out about Neil (Kristoff St. John) and Colin’s involvement in Hilary’s disappearance?

Last week, Esther was desperate to find another job. She sat down at the coffee house and looked in the newspaper for a new employment lead. Dylan told her he would be needing help soon- with the brand-new baby coming (not) – and he’d love to hire her. She jumped at the chance to work for him. Before he hired her, she let it slip out that Colin was blackmailing Devon [still] and Neil was in on the action. She said, “There were large sums of money deposited in his account and he [Colin] doesn’t want Jill (Jess Walton) to know about it.” Her comments struck with Dylan; he wondered if Colin or Neil could be responsible for Hilary’s disappearance?

Dylan starts digging into the allegations this week and uncovers a secret. Rumors swirling that he discovers that Neil was responsible; however, Colin did set the wheels in motion by paying off the hooker for the video to show Hilary. Neil has nowhere left to hide and is forced to admit his hand in her disappearance to Devon. If this is indeed how it will play out, will Devon forgive him?

Before moving Jill told Esther that it had been so long since she had been in love that she wouldn’t know when a man was coming on to her. With Ian in Genoa City, it is only a matter of time before the duo meets. The rumor is that Esther serves him coffee, and he takes an interest in her. She enjoys spending time with him and becomes convinced it is true love. Will Ian hurt Esther or could he genuinely care for her?

Before long, Ian will come out of hiding to see if he can move around Genoa City unnoticed. He will test his boundaries, and that’s when he meets Esther. When Esther gets in too deep will Dylan and Jill be able to save her? Will Dylan uncover the secret about Hilary’s disappearance? Find out this week on “Young and the Restless” on weekdays on CBS.

‘Days of Our Lives’ Spoilers: Steve Surprised by Stowaway on His Journey to Find Bo – Joey Learns About Steve and Kayla’s Love Story

‘The Bold and the Beautiful’ Spoilers: Wyatt Bummed When Bill Shuts Down Expansion Plans – Ivy Has Idea to Get Old Job Back