‘The Bold and the Beautiful’ Spoilers: Wyatt Bummed When Bill Shuts Down Expansion Plans – Ivy Has Idea to Get Old Job Back 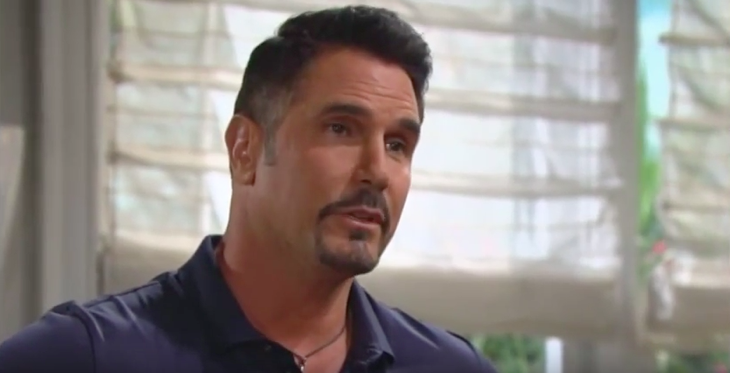 “The Bold and the Beautiful” spoilers reveal that Bill (Don Diamont) will decide he doesn’t want to get involved in the fashion business. It seems that adding a design house just isn’t in the best interest of Spencer Publications. Naturally, Wyatt (Darin Brooks) will be disappointed by Bill’s decision. Wyatt was so sure that Bill would support him and now his dreams are dashed.

Fortunately, Wyatt has Ivy (Ashleigh Brewer) to lean on in his time of need. The pair will bond over a pint of ice cream as Wyatt discusses his feelings. “The Bold and the Beautiful” spoilers say Wyatt will believe nothing will ever change with his father. Wyatt will always come in second place to Liam (Scott Clifton) and there’s nothing he can do about it. Ivy will try to cheer Wyatt up and remind him that he still has something to be thankful for. Wyatt couldn’t get Bill on his side, but he got the girl. Likewise, Ivy lost her job, but at least she has Wyatt in her corner.

Related: ‘The Bold and the Beautiful’ Spoilers: Watch The B&B Video Preview For Friday September 18 – SEE IT HERE!

Nevertheless, it looks like Ivy will be back at square one in terms of employment. “The Bold and the Beautiful” spoilers tease that Ivy will soon come up with an idea of how she can get her contract restored. The good news is Ivy could secure her old position. The bad news is she may have to do a bit of groveling. B&B rumors hint that Ivy might have to resort to blatant begging if she wants to work for her family’s company again.

Steffy (Jacqueline MacInnes Wood) would probably be thrilled to have Ivy basically bow at her feet and plead for forgiveness. However, that doesn’t mean Steffy would immediately pardon Ivy’s blackmail scheme over a simple “I’m sorry.” Still, there’s no denying that letting Ivy return would put out a lot of fires for Steffy. Everyone has been confused by Steffy’s sudden decision to get rid of a Forrester. Steffy can’t offer a solid explanation without implicating herself in Aly’s (Ashlyn Pearce) death. It’s clear that Steffy has been struggling to find a believable reason to release to the media. Bringing Ivy back could prove rather tempting for Steffy under the circumstances. Stay tuned to CBS soap for updates on Ivy’s future at Forrester Creations.

Related: ‘The Bold and the Beautiful’ Spoilers: Steffy’s Attitude Could Lead Bill to Make a Bold Move – Quinn Puzzled When Wyatt Has Second Thoughts

So B&B fans, what do you think about Bill shutting down Wyatt’s plan? What will Wyatt and Ivy do now? Will Ivy have to grovel to get her job back or will Steffy start being reasonable? Let us know what you think in the comments below and don’t forget to check Soap Opera Spy often for the latest “Bold and the Beautiful” spoilers, rumors, updates and news.

‘Days of Our Lives’ (DOOL) Trivia: How Well Do You Know Stefano DiMera?