‘The Young and the Restless’ (Y&R) POLL: Is Victor Newman a Hero or a Villain? VOTE! 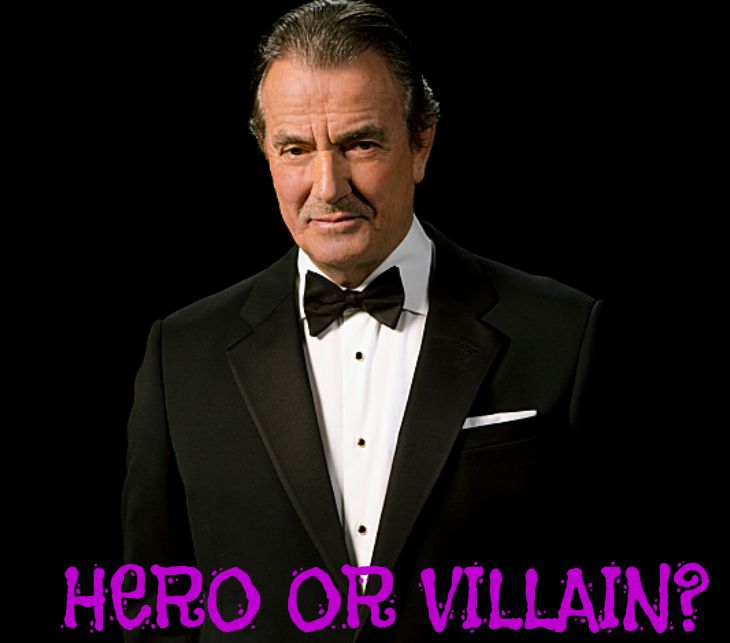 “Young and the Restless” wants their fans to buy that Victor (Eric Braeden) is a hero after all the misdeeds he has pulled. It doesn’t matter what he does, he always seems to get out of trouble. It seeed like a sure thing after the Marco Annicelli (Peter Bergman) ordeal that he’s finally met judgment day- however, once again he escaped paying for any of his crimes. When will he ever pay for anything? So fans, is Victor a hero or a villain?

Victor claimed that everything he did is for his family. He claimed that he would never put them in harm’s way. He brought unleashed madman Marco into Genoa City and allowed a drug lord direct access to his granddaughter, Summer Newman (Hunter King). He didn’t try to shelter her from him or even tell Summer’s mother, Phyllis (Gina Tognoni) of the danger.

Once in a great while the show gives viewers a glimpse of Victor’s good side. For example, a few days ago, he played with granddaughter, Faith (Alyn Lind). He gave her a coin and laughed with her for a few minutes. Picture perfect grandpa, right? Hardly. This man, in reality, should be in prison for all the hurt he has unleashed over the years. For some reason, he never seems to pay for ANY of his mistakes.

He tried to bribe Marisa (Sofia Pernas) into leaving town. He didn’t want her near his precious grandson, Noah (Robert Adamson). So what does he do? He bribes her with half a million dollars, and when she refused to take it, he tells Noah she agreed to his terms. It was typical Victor, really.

And, we can’t forget that he was DIRECTLY responsible for Courtney (Kelli Goss) and Austin’s (Matthew Atkinson) death. If he hadn’t unleashed Marco in town, they wouldn’t have died. And, what’s worse, Marisa knows that Victor was responsible, but she is hiding the truth from Noah- out of the fear that Victor will somehow implicate her in the cabin murders.

So, when people ask is Victor a hero or villain- ask yourself, would a hero have family members loved one’s killed? If the answer is no, he is probably the latter.

Get Exclusive The Young and The Restless News & Updates!

‘Days of Our Lives’ (DOOL) Trivia: How Well Do You Know Stefano DiMera?

‘General Hospital’ (GH) Spoilers: Sonny and Morgan Both in Crisis – The Road Ahead For Father & Son