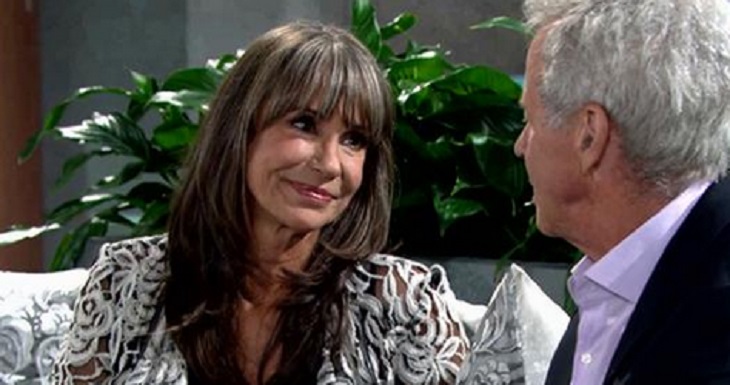 “Young and the Restless” writers have a habit of dropping storylines after building them up for a few months. Fans express interest and speculate how it will end- only to find out that they axed the whole storyline. Below are four dropped storylines that have “Y&R” fans buzzing.

Michael (Christian LeBlanc) had cancer, but because of a miracle he’s well? It seems like the show can’t make up their mind if he is dying or not. For a few months, it seemed like Michael was going to die at any moment. Now, he’s healthy enough to fly back and forth to help Devon (Bryton James)? It was speculated for a little while he may have wanted to leave the show. It appears that Michael is staying (which we are thrilled about) but what about his cancer? He didn’t receive treatment or even tell his mother, Gloria (Judith Chapman) about his cancer scare.

Oh, Jill (Jess Walton); whatever happened with the music box. There were months of talking about the mystery about the music box only to have the storyline dropped with no mention of it whatsoever. It was supposed to be a huge revelation about Katherine (Jeanne Cooper) but just dropped with no mention of it.  Many fans speculated that while Jill was off screen recently, she would come back with news about the mysterious music box. So, far nothing was said about it.

Avery’s (Jessica Collins) exit off the show was pretty unsettling for much long time “Y&R” fans. She was upset with Joe (Scott Elrod) and did try to frame him. She lived in Genoa City for four years. Are we supposed to believe that after years of living in town, she suddenly doesn’t talk to anyone, including her niece and sister?  You’d think she’d be at least referenced once in a while.

Cabin murder is one of those storylines that no matter how much you try to convince me it was Det. Harding (Chris McKenna) it just doesn’t fit. Who tried to frame Sharon Newman (Sharon Case)? At the police department, a woman’s gloved hand appeared and deleted something off Courtney’s (Kelli Goss) computer. Who was it? So many things about the whole storyline are left unanswered. It seems like they wanted to write Det. Harding’s exit from the show. And, if that was the case- it was pretty slopping writing in general.

Maybe, just maybe- one day the power that be may wrap up at least one of these storylines. If for no other reason to show fans they can wrap up a storyline in a compelling way.