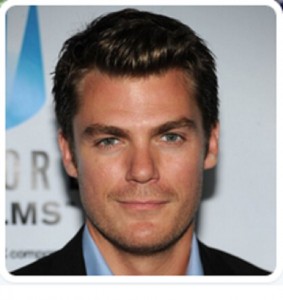 Great news for a “Young and the Restless” Alum, Jeff Branson. The handsome actor married his long-time girlfriend, Jaimie Foley in a beach-side ceremony in Florida in September. The couple has a one-year-old son, Van, who was reportedly the star of the ceremony. Jeff Bronson also appeared as Shayne on “Guiding Light.”

The couple has been together many years and shared a child together. Branson decided it was time to make their relationship official by giving new wife, Jaimie the wedding of her dreams. She wanted a wedding on the beach, so they decided on Marco Island, Florida. It was a small wedding, private and simple-exactly how both the bride and groom wanted to start their lives together.

Jeff was best known for his role of Ronan on “Young and the Restless.” He played an FBI agent who helped protect Phyllis (Gina Tognoni) by providing her an alias. He tampered with evidence to help keep Phyllis out of jail. He used his power to convince a witness to leave town and NOT testify against her in court, so she’d be cleared of charges.  Upon his exit of the show, he said, “My contract was only a six-month stint, and it’s over. The show didn’t have any desire to keep me on the show, so I will be moving to CSI in primetime. If they ever want to see Ronan Malley on the show, they know where to find me.”

Soap Opera Spy would like to say congratulations to Jeff and Jaimie for their recent nuptials. We hope that “Y&R” will someday bring him back to the show. Long-time “Y&R” fans, do you remember Agent Ronan Malley?

‘The Young And The Restless’ (Y&R) Spoilers: Battle Brewing Between Victor Newman And Adam Newman After Identity Reveal