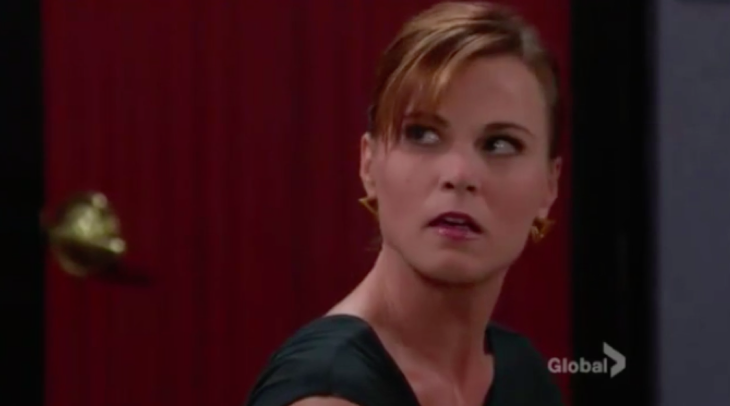 “The Young and the Restless” spoilers for Thursday, December 3, tease that Sage (Kelly Sullivan) will meet Sharon’s (Sharon Case) baby, which will lead to some strong emotions. Elsewhere, Marisa (Sofia Pernas) will make a desperate move in an attempt to locate her daughter. Billy (Burgess Jenkins) will also lament the loss of his relationship with Victoria (Amelia Heinle) as Ashley (Eileen Davidson) scolds Phyllis (Gina Tognoni) for her role in the plot. 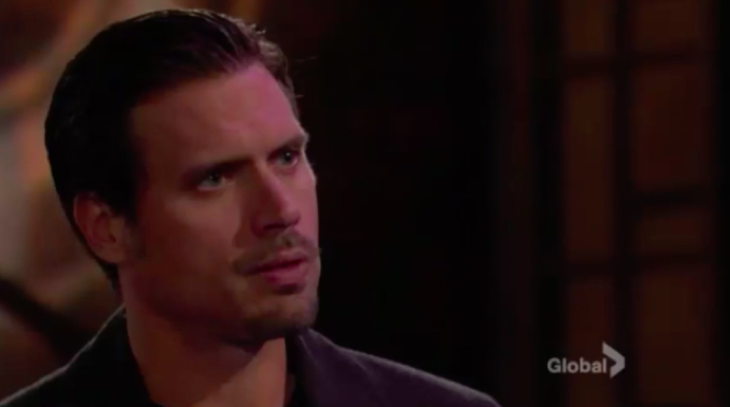 At The Underground, Sage mentions that Sharon’s baby is being christened today. Sage tells Nick (Joshua Morrow) to go alone, but he talks her into going as well. Meanwhile, Victor (Eric Braeden) informs Adam (Justin Hartley) that Ian (Ray Wise) is back in prison and there’s no trace of the virus. Adam wonders where Victor is getting the capital to rebuild Newman Enterprises. Victor introduces Adam to Luca (Miles Gaston Villanueva) and explains their deal. 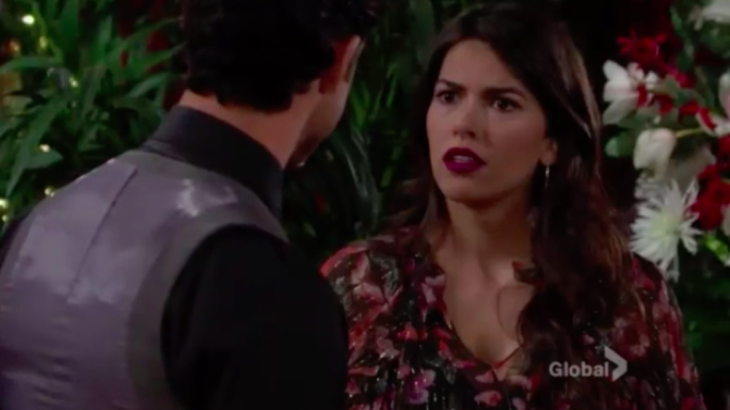 Luca steps away for a minute to speak with Marisa. Luca insists that Marisa didn’t fulfill her end of the bargain and adds that he’s got a lucrative deal in place with Victor. After accepting defeat, Luca returns to talk to Adam. They chat about Marisa and Marco (Peter Bergman). Luca says he knows exactly how to control Marisa.

At the park, Victoria gripes about Billy going after Victor again. Nikki (Melody Thomas Scott) suggests that Victoria shouldn’t make any major decisions about her relationship right now. Emotions are running high. Victoria asks how Nikki manages to forgive Victor for all his wrongs. Nikki replies that Victor always stands by her and he truly has his family’s best interests at heart.

Related: Victoria Rowell Has Filed An Amendment To her Lawsuit Against Sony

Nearby, a distraught Marisa gives Noah (Robert Adamson) updates on her conversation with Luca. Marisa says Luca is leaving and he won’t give up any details on her daughter’s location. Noah mentions getting Victor’s help, but Marisa knows that won’t happen because of his deal with the Santori family. Noah insists that he’s going to help Marisa somehow, but she doesn’t think he can. 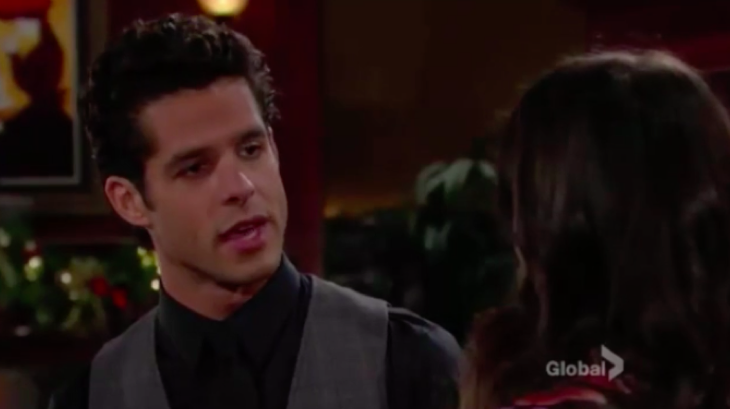 Marisa meets up with Luca in his suite and demands to know where her daughter is. Luca expresses his desire for them to be a family and hints that she still feels something for him. Marisa says Luca is right. They kiss passionately and begin to undress.

Other “Young and the Restless” spoilers reveal that things are about to take an interesting turn at the christening. Dylan (Steve Burton) tells Sharon how proud he is of her. Sharon hears what happened between Faith (Alyvia Alyn Lind) and Sage. Faith hopes that Sage doesn’t show up for the service because she yelled at her. Stitch (Sean Carrigan) and Mariah (Camryn Grimes) are there as the baby’s godparents. Mariah explains the Sage situation and Sharon understands that she’s having a rough time. 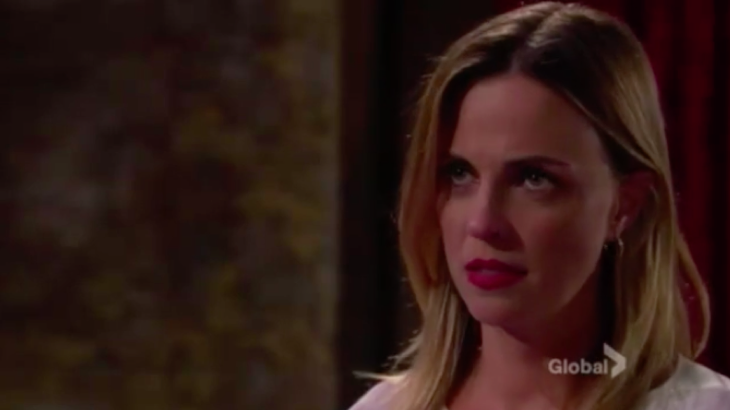 Sage and Nick come in together. Sharon tells Nick that she doesn’t blame Sage for lashing out and she can keep Faith more often if it will help. Sage apologizes to Sharon and asks to hold Sully. When she takes the baby in her arms, Sage looks upset and puzzled. Billy shows up and Victoria demands that he leave. They argue until Victor arrives. Victor tells Billy that he brought all of this on himself.

At Jabot, Billy tells his troubles to Phyllis. She admits their scheme probably won’t go over well with Jack either. Ashley waltzes in and gives Billy a hard time about unleashing the Paragon virus again. Ashley implies that it was a dumb move. Billy should’ve known Victor would find out. Billy claims he just wanted Victor to feel some of the pain he’s felt over the last two years. 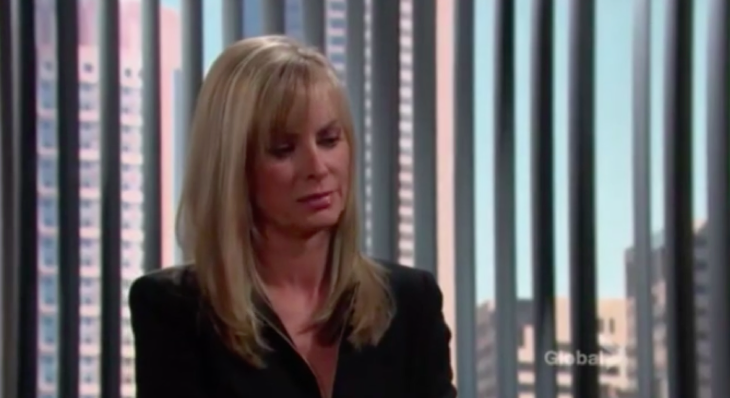 After Billy exits, Ashley tells Phyllis that Victoria won’t ever forgive Billy. Likewise, Jack won’t forgive Phyllis. Ashley knows that Phyllis was tech savvy enough to stage the plot and asks what she was thinking. Phyllis snaps that Ashley doesn’t know what Victor did to her. Ashley presses her to explain and Phyllis says that Victor ruined her honeymoon. Adam pops in and hears Phyllis’ complaints.

Ashley tells Adam that she knows he’s involved in Victor’s retaliation. Ashley wants to know what kind of dirt Victor has on Adam. Y&R rumors hint that Adam’s arrangement with Victor could mean bad news for the Abbotts. Stick with the CBS soap to see if Victor’s plan will work.

‘The Young and the Restless’ News: Victoria Rowell Has Filed An Amendment To her Lawsuit Against Sony